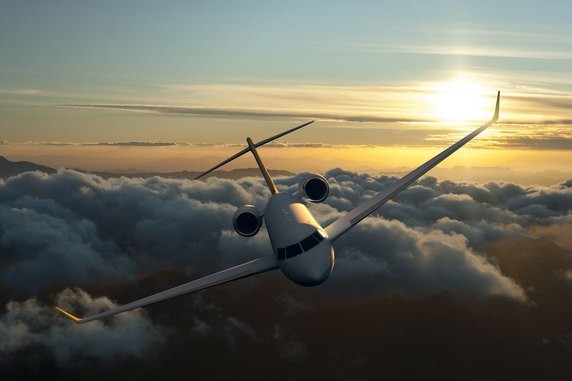 General Electric has signed partnership agreements with Ishikawajima-Harima Heavy Industries (IHI) of Japan and Techspace Aero of Belgium to provide more than 37% of the company’s Passport engine, currently in development for Bombardier’s Global 7000 and 8000 business jets.

Under the formalized joint venture agreements IHI will be responsible for the low pressure (LP) turbine module, aerodrive (gear) systems, fan hub frame and aft fan case. Liège, Belgium-based Techspace Aero will have responsibility for the booster (LP compressor) module, lube tank, pump and heat exchangers. The Passport agreements extend the engine maker’s long-running relationships with IHI and Techspace Aero. IHI provides components and modules for GE engines ranging from the GEnx and GE90 to the CF34, while Techspace similarly supplies low pressure compressor and bearing components for the GEnx and GE90 as well as CFM International’s CFM56 and Leap engines.

Testing of the first 16,500 lb. thrust Passport began at GE’s facility in Peebles, Ohio, on June 24. A second engine joined the test effort in September with a further six planned for the certification program which includes two cores. The current program follows three years of validation testing on several key elements of the Passport design, one of the most distinctive features being the large (52 in. diameter) fan blisk design. Early test work on the design included two fan blade-out rig evaluations, ingestion tests and a fan aero rig run to demonstrate the fan efficiency of the new concept.

The engine also incorporates a composite fan case, similar to those developed for the GEnx engines in production for the Boeing 747-8 and 787, and is encapsulated within an integrated propulsion system from Nexcelle, a joint venture between GE and Safran. The configuration includes a low-drag, “slim-line” nacelle with outward-opening cowl to reduce weight while allowing for easier maintenance access. Internally, the blisks and compressor blades are also coated in a smooth, impact resistant surface finish to improve aerodynamic efficiency.

Flight testing is scheduled for 2014, with the Bombardier engine expected to be the first to be flown on GE’s recently modified 747-400 testbed. Engine certification is expected in 2015 with entry-into-service of the Global 7000 in 2016.