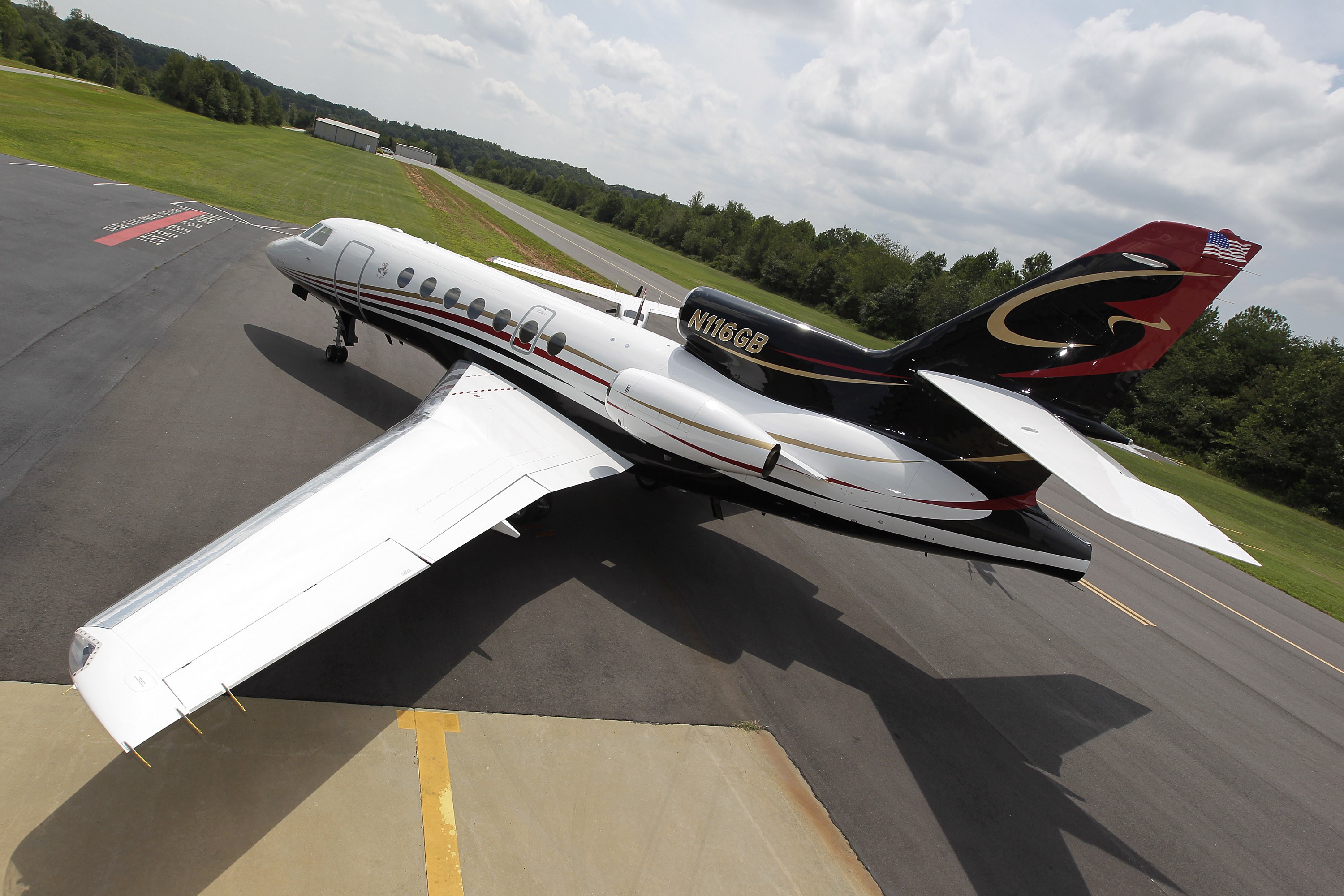 CFS Jets is proud to offer this 1987 Falcon 50 Serial Number 182 to the marketplace.  The Falcon 50 was designed to delivery legendary airport performance and the only mid-sized jet capable of intercontinental reach as well as the use of back country airfields. The aircraft engines are 100% JSSI covered and  is enrolled in CAMP with landing gear recently overhauled in 2012.  Give us a call today to find out more about this Falcon 50.

Andover, Kan. – One of the NASCAR circuits leading drivers, Greg Biffle, recently had his Dassault Falcon 50 refurbished and repainted using some of the latest systems available from Sherwin-Williams Aerospace Coatings. The Falcon 50 is one of several aircraft in the ‘Air Biffle’ livery, based at the Statesville, NC airport, which also includes a Cessna 210 and a Bell 206 L3 helicopter.

In addition to flying around the race track at 200 mph, Biffle also puts in his time in the sky. He has a private pilot license for both single engine fixed wing and rotor wing aircraft, and annually flies about 175 hours on the Falcon 50, 75 hours on the Cessna and 100 hours on his helicopter. He is joined on his aviation team by one mechanic, two full time pilots and two contract pilots.

Technology
The Falcon 50‟s new, multi-color paint job was created by Scheme Designers of Cresskill, N.J. Craig Barnett, its CEO, describes how their strategy was to create a look that was unique, beautiful and closely related to the entire family of aircraft. “In Greg Biffle‟s design, we took personalization to a new level by basing the design on the tail on Greg‟s initials. The approach, however, was to make the initials subtle enough so that many people looking at the tail would just see interesting design elements, as opposed to a big “GB” on the tail.”

Barnett adds, “This approach takes a step further on the right side of the tail, where the elements used to create Greg‟s initials are mirrored – in essence – backwards. In this way, the tail design has significant meaning to Greg Biffle, yet retains a degree of anonymity for him as he travels.”

For more information on Sherwin-Williams Aerospace Coatings, call 1-888-888-5593 or visit its new website at www.swaerospace.com.