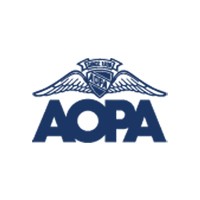 Current and lapsed pilots agree that the cost of flying is their greatest challenge, according to new research by AOPA on the pilot life cycle. The findings were presented by Adam Smith, senior vice president of AOPA’s Center to Advance the Pilot Community at the Flight Training and Pilot Community Summit Oct. 9.

There is no silver bullet that can save general aviation, which has seen a decline in the pilot population since 1998, said Smith. “Our research shows that we always need that new blood to come into aviation, but we also need to work on retention,” he said. “I worked for EAA for 13 years, where we always worked on answering the question ‘how many members do we have.’”

The industry can bring in new people, but it also needs to focus on retention, said Smith. “In our study, we spoke with 300 active flyers and 300 of those who had stopped flying,” he said. “We wanted to understand why they stopped and how we can get them back or how we stop them from leaving in the first place. We thought there would be a difference between current and lapsed pilots.”

In a telephone survey, the current and lapsed pilots were asked what their greatest challenge was to stay flying, and the dominant answer for both was the cost, said Smith. “One of biggest things we learned is that we found little difference between those flying and those who stopped flying. In some way it was disappointing because we wanted to see a difference.”

The survey also found that there’s no such thing as a lapsed pilot, said Smith. “They are dormant and they all want to come back. Lapsed pilots are a little more likely to be married and have kids and they make a little less money,” he said. “Current pilots have about 25% more ratings. But, by and large, the differences are quite small.”

An interesting finding from the survey, said Smith, was that 7% of the lapsed pilot sample were not lapsed at all. “We can estimate that 15,000 pilots have let their medical lapse and continued flying under sport pilot privileges,” he said.

Smith then moved over to the AOPA Flying Club Network initiatives. “We’ve been working on flying clubs for the past 12 months and it’s been a fun part of my job. For some reason, there’s no national association of flying clubs, although they’ve been around since the 1920s,” he said. “We have 600 flying clubs in the U.S., but they were all operating as separate units.”