HondaJet Engine Closing in on Certification 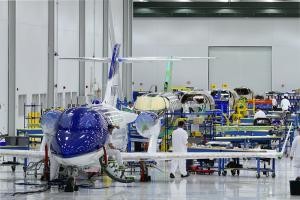 The much anticipated HondaJet, which has been trudging toward certification since it first flew nearly a decade ago, is finally getting to the home stretch as the HF120 engine that will power the twinjet is nearing certification. With an emphasis on the word “all,” Terry Sharp, president of GE Honda Aero Engines, announced that all certification testing has been completed, all reports have been submitted to the FAA and that the company has “line of sight to type certification by the end of the year.”

Once the HondaJet’s engine is certified, first deliveries can start about a year later, the company said.

Since the test program started in 2010, 13 different engines were used for more than 12,000 engine cycles and 8,400 test hours. One engine was torn down after more than 3,000 cycles and, according to Sharp, the condition of the engine was “quite good” and “no significant issues” were found. The next phase is to test the engine to the targeted 5,000-hour TBO, Sharp said and the goal is to have that phase completed before the airplane goes into service.