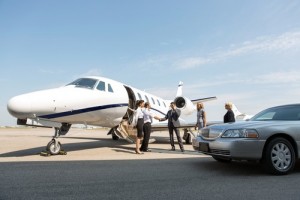 The so-called 3rd class medical ruling for private pilots seems to be antiquated: In an effort led by the Aircraft Owners and Pilots Association (AOPA), seven influential general aviation organizations are asking the Department of Transportation and the Administration to expedite a review of the Federal Aviation Administration’s (FAA) proposed rulemaking on third-class medical reform.

The aviation organizations urged Transportation Secretary Anthony Foxx to complete its review of the FAA notice of proposed rulemaking (NPRM) within the next 30 days and open the proposal for public comment.

“The FAA has moved far too slowly on medical reform,” said AOPA President Mark Baker. “This is a top priority for our members and we will do absolutely everything in our power to get the government moving and keep them moving. We’re working with friends in Congress and with the GA industry to make sure pilots get relief as soon as possible, and we will keep pushing until we get results.”

The aviation industry groups noted that changing the third-class medical process could save pilots as much as $140 million a year and the FAA more than $1 million a year—money that could be reinvested in ways that do much more to enhance safety, including increased proficiency flying and installing advanced safety equipment in aircraft.

Furthermore, the letter also notes that the FAA first recognized that pilots do not need a third-class medical certificate to fly safely a decade ago when it instituted the standard for sport pilots. And the industry is now in the process of developing a comprehensive online education course to ensure that pilots have the information needed to self-assess their fitness to fly. That, paired with an open and honest relationship with a primary care doctor, will enhance pilot safety, the groups wrote.