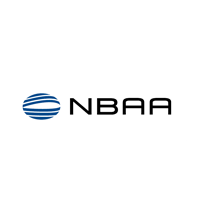 Washington, DC, Oct. 1, 2014 – The National Business Aviation Association (NBAA) is pleased to announce that Delaware Gov. Jack Markell (D), a leading advocate for aviation in his state, will speak at the second day Opening General Session at NBAA’s Business Aviation Convention & Exhibition (NBAA2014), which runs Oct. 21 to 23 at the Orange County Convention Center in Orlando, FL.

“NBAA is pleased to have Gov. Markell take part in our convention, and share his views on business aviation and the positive economic impact it’s had on his state,” said NBAA President and CEO Ed Bolen.

A former banker, consultant and telecommunications executive who is in his second term as governor, Markell is a longtime proponent of business aviation, citing its importance to his state’s economy and employment. Major aviation firms in Delaware include maintenance and modification providers Dassault Falcon in Wilmington, PATS Aircraft Systems in Georgetown and Summit Aviation in Middletown.

“From getting to know these companies and from his experience in the business world, Gov. Markell recognizes the many vital ways that the industry improves people’s lives, and [he] is looking forward to talking about growing business aviation in the state,” said Markell spokesman Jonathon Dworkin.

“The aviation sector has long been a valuable part of Delaware’s economy,” noted Dworkin. “Thriving companies in our state continue to grow and create quality jobs for Delawareans, while performing important work for a critical part of the overall transportation system.”

As the world’s largest and most important event for the business aviation community, NBAA2014 offers attendees an unprecedented opportunity to learn about the issues affecting the industry. Attendees will have a chance to review the latest in business aviation products, technology and services, participate in dozens of education sessions and make side-by-side comparisons of the industry’s most innovative aircraft on static display.

Founded in 1947 and based in Washington, DC, the National Business Aviation Association (NBAA) is the leading organization for companies that rely on general aviation aircraft to help make their businesses more efficient, productive and successful. The Association represents more than 10,000 companies and provides more than 100 products and services to the business aviation community, including the NBAA Business Aviation Convention & Exhibition, the world’s largest civil aviation trade show. Learn more about NBAA at www.nbaa.org.