20 Most Famous Airplanes and Aircraft

We as pilots love airplane types. Most of us, in fact, have a favorite airplane, be it a Piper Cub or a Lockheed SR-71. There are plane types, and then there are planes. Specific planes. The history of aviation is punctuated with the arrival on the scene, sometimes very publicly and sometimes in top secret, of a very special one-of-a-kind aircraft. From the first plane to ever fly — talk about a one-off design — to airplanes that entered the record books or reshaped the popular imagination, the history of famous individual airplanes in many ways mirrors the history of aviation itself. We proudly present a short list of 20 of the most famous airplanes to ever take wing (or orbit). Some of them have an unbreakable hold in any list of famous planes; with a few of the others, well, we’ll let you be the judge. Enjoy the ride. — Robert Goyer, Editor-in-Chief, Flying 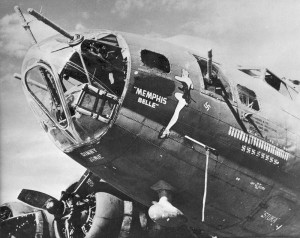 Memphis Belle was the name of one of the first B-17 bombers to safely complete 25 missions during World War II. The milestone led to a 31-city war bond publicity tour in America during the war and a Hollywood feature film in 1990. A member of the 324th Bomb Squadron, the Memphis Belle flew its first mission on November 7, 1942, and its last on May 19, 1943. Capt. Robert Morgan named the B-17 for Margaret Polk, his sweetheart back home in Tennessee. After the war, the city of Memphis bought the airplane and put it on display outdoors at the National Guard armory near the city’s fairgrounds. The effects of the weather and vandals left the Memphis Belle in a sorry state until the airplane was rescued by the Memphis Belle Memorial Association. Today the airplane is undergoing an extensive, 10-year restoration in preparation for its permanent public display at the United States Air Force Museum in Dayton, Ohio.