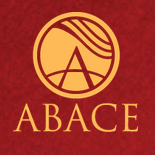 This year’s Asian Business Aviation Conference & Exhibition (ABACE) will be held against a backdrop of a change in sentiment among Chinese leaders that took hold about a year ago following a high-level government scandal, putting excess and greed in the spotlight. So those extolling the virtues of business aviation will have a harder sell, even though GDP growth in China and in Southeast Asia is still forecast to be around 6 percent.

As has been the case since 2012, the event is being run by NBAA in conjunction with the Shanghai Airport Authority, the Asian Business Aviation Association (AsBAA) and the Shanghai Exhibition Center. Billed as “Asia’s most important business aviation event,” it will be hosted by Shanghai Hawker Pacific at its Business Aviation Centre FBO from April 14 to 16, and will feature more than 86,000 sq ft/8,000 sq m of indoor space, plus extensive ramp area for the static display (see box).

The ABACE organizers expect more than 8,000 visitors from 51 countries to attend the 2015 event. There are 187 exhibitors booked, a number that will include first-time exhibitors HK Bellawings Jet, Jet Fuel International, Prestige Yi Fang Group and SkyView Aircraft Industry (Jiang Su). 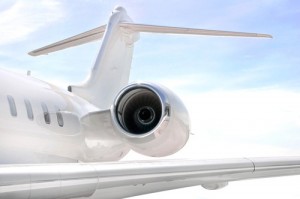 The previous versions of the event illustrated how much business aviation has to offer China and the rest of the Asia-Pacific region, given the small but growing number of aircraft based in China. Visitors will be interested to know whether the AsBAA has started to make progress in some key policy areas, not least pushing for the flexible use of airspace that business aviation relies on. The Chinese aviation mindset has for decades been focused on airlines while the military has controlled the airspace, and GA has taken a distant–almost non-existent–back seat.

All eyes are on China, and many Western companies are making inroads into the country, and the wider region. Almost without exception they have to link with local partners. NetJets is finding traction now, though fractional ownership has not joined traditional chartering in the mix just yet.

Chinese airspace issues are likely to feature again this year following the limited liberation of lower airspace in December 2013, and a major focus will be on what types of aircraft and rotorcraft will be of interest to buyers. Helicopters in particular are growing in number in city regions such as Shanghai, where traffic congestion is a serious problem.

AIN will be publishing ABACE Convention News on the three show days. In these issues, approximately half the stories will be accompanied by Chinese translation.

This article originally posted on AIOnline.com