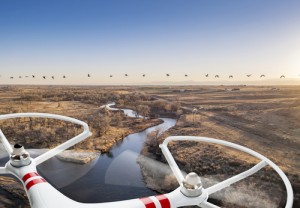 FAA reports pilots have sighted drones in the last seven months. Members of the House Subcommittee on Aviation want FAA to take action immediately. Read more below to learn more about this issue!

One disaster involving an aerial drone could devastate the growing industry surrounding the popular devices, a member of Congress warned Wednesday at a hearing on the need for tighter rules of operation.

“We take down one plane … this industry is going to ground to a halt altogether,” Rep. Peter DiFazio, D-Ore., said.

Rep. Rick Larsen, D-Wash, said there have been more than 600 reports of suspected drone sightings near planes this year, adding, “We need to do more to reduce the likelihood of a drone coming in the flight path of a commercial airliner with hundreds of people on board.” Members of the House subcommittee on aviation urged the Federal Aviation Administration to take action. The hearing came as Georgia legislators also consider how to regulate drones to ensure privacy and public safety protections while also encouraging businesses selling or using the devices.

Georgia legislators have convened a drone study committee, holding their first meeting last month. Of the drone sightings reported by pilots in the first seven months of the year, nearly 20 were in Georgia, according to FAA reports. They include multiple reports by airline pilots flying into or out of Hartsfield-Jackson International Airport. The FAA’s main focus is safety, but many issues complicate regulation, agency officials and others at the hearing said. For instance, government officials are eager to encourage the growth of the drones for commercial or government use in areas like search and rescue, agriculture and bridge inspections, raising a concern that over-regulation could harm the expansion of the industry.

Yet a crash caused by an irresponsible drone user could be catastrophic, DiFazio noted. Other issues include the FAA’s limited authority to regulate recreational use of model aircraft, and the limits of technology in detecting and tracking drones to enforce rules or determine ownership. The FAA said it will evaluate technology to help detect drones near airports, amid a steep increase in reports of small unmanned aircraft near runways.

The agency is also working on efforts to inform drone owners about the potential hazard of flying the devices within five miles of airports, near stadiums, over crowds or near wildfires. On Tuesday, the FAA proposed a $1.9 million civil penalty against a company, SkyPan International, which the agency said illegally flew in congested airspace and heavily populated areas in New York and Chicago.

This article originally posted on Aviationpros.com