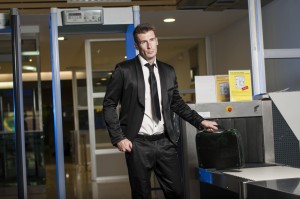 The U.S. Senate voted on Thursday to bolster travel security in the wake of the Brussels attacks with measures that include doubling the number of transportation security teams with bomb-sniffing dogs at domestic airports and other transit hubs. Lawmakers voted overwhelmingly to add security measures to a separate bill that calls for renewing the programs of the Federal Aviation Administration through September 2017. The FAA bill is expected to come up for a final vote later this month.

After Republicans and Democrats reached a deal on security measures earlier in the day, lawmakers voted to raise the number of Visible Intermodal Prevention Response, or VIPER, teams within the Transportation Security Administration from 31 to 60. VIPER teams, which are intended as a visible deterrent to attacks, can be deployed at airports and train or bus stations. Other measures would bolster the vetting of airport employees, add security to vulnerable check-in and baggage claim areas and authorize the TSA to donate security equipment to foreign airports with direct flights to the United States.

The approved provisions would also order a new U.S. assessment of foreign cargo security programs and provide grant money to train state, local and foreign authorities in how to respond to mass-casualty and “active shooter” incidents. It is unclear what kind of reception the FAA bill, if passed by the Senate, might receive in the House of Representatives. House lawmakers have been considering their own FAA legislation. That bill also calls for the privatization of the U.S. air traffic control system, a measure that is not in the Senate’s legislation.

This article is originally on Reuters.com.