The Importance of Full–Range Analytical Cognition

Cognitive biases may help process information efficiently when there are high loads of pressure, but may not always be helpful in the realm of aviation. 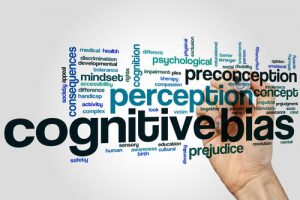 Read more below about both the beneficial detrimental aspects of cognitive bias and its influence on ranges of behaviors.

They are those convenient intellectual shortcuts we use to streamline our decision-making processes. Cognitive biases help us process information expeditiously when we’re under pressure. There are 100, or more, cognitive biases that are well known to psychologists. They influence or control ranges of behaviors, including eating and drinking, along with social, economic, religious and political actions. A few help us make good decisions with virtually no conscious thought. Most are relatively benign as long as you stay on the ground and steer clear of heated discussions. But there are about a dozen such biases that can kill you in an aircraft. Such biases are formed through formal learning, personal experiences and hereditary factors. We use them to conserve our limited memory processing time and capacity.

How finite is human memory? While the human brain is capable of 10 quadrillion processes per second, far more than any computer yet designed, our accessible memory actually is far less capable. So, we tend to make choices within “bounded rationality” . . . “within the limits imposed by given conditions and constraints,” according to Nobel Laureate and cognitive psychologist Herbert A. Simon. The limits include the time available to make the decision, cognitive limitations and available information, among other variables.

Bounded rationality can lead to “satisficing,” another term coined by Simon. In essence, that means a problem-solving shortcut that’s “good enough for government work.” As such, “satisficing” can hamper us from making the most rational, logical and optimal decisions based upon all available information and resources. Bounded rationality is just plain intuitive. In severe instances, “satisficing” can lead to grave mistakes and fatal errors as pilots fail to recognize and take action regarding overt and latent threats.

This article is originally posted on Aviationweek.com.