In a recent article by No Plane No Gain, the proclamation of the California state Senate was presented regarding Aviation Awareness Month and the value of Business Aviation. Check out a portion of the article, below! 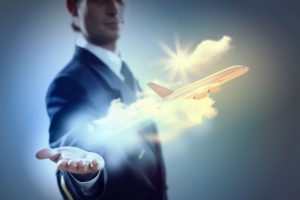 Proclamations describing the value business aviation brings to states and cities around the country continued to be released in April, with one of the biggest states in the nation – California – adding its voice to those who support the industry.

The California state Senate – in a concurrent resolution – recently designated April 2016 as “Aviation Awareness Month,” noting that, “Many of the 5,200 general aviation airports in the United States are located at the center of clusters of the small and medium-sized businesses and communities that are driving the nation’s economic recovery and private aircraft that help these businesses create and maintain jobs.” General aviation aircraft, lawmakers noted, are “vital tools that allow businesses to operate and thrive.”

California lawmakers are said that general aviation aircraft also are used by law enforcement, medical professionals and disaster relief personnel to help those in need. These aircraft also have many uses in the agriculture industry and in maintaining infrastructure. However, the proclamation said, “General aviation faces increasing and onerous security regulations, planning and zoning pressures and urban encroachment contribute to reducing the number and availability of airports throughout California and the United States, which annually reduces the number of airports available to the public.” One such airport facing challenges from local officials is California’s Santa Monica Municipal Airport (SMO), which has been in the center of a decades-long battle between the city and stakeholders.