Dassault Aviation is expecting imminent certification of its new flagship, the Falcon 8X. 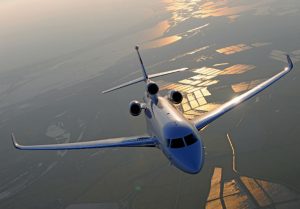 The French OEM expressed this during a press conference at the European Business Aviation Conference & Exhibition (EBACE) in Geneva, Switzerland, taking place this week.

Dassault expects both FAA and EASA certification to occur no later than June of this year, with entry into service following by late summer. Production is already at a high level, with 24 units currently in final assembly at the company’s Mérignac production plant and another 11 in completion.

At the end of last month, the 6,450 nm Falcon 8X s/n 03 completed several important flight tests and a month-long global operational test campaign. According to a company statement, the 65-flight 55,000 nm campaign took the aircraft to 46 destinations, with over 26 test and operational pilots, and over 60 engineers, technicians and flight attendants taking part. “Dassault has incorporated new innovations with the aircraft insulation that will allow us to lower the noise level by 2dB compared to the Falcon 7X,” adds Dassault Aviation Civil Aircraft Senior Vice President Olivier Villa. All three test aircraft are being redeployed to serve other purposes. S/n 01 will be used to certify Dassault’s heads-up display, the FalconEye combined vision system (CVS), which is expected by Q3-2016. The other two, s/n 02 and s/n 03, will be used as demo aircraft.

This article was originally posted Fly-corporate.com.