Business aviation continues to be recognized from coast to coast as a half a dozen more cities and towns recognized its value in June. To date, hundreds of local officials have issued official proclamations about the importance of general aviation, including business aviation, to their city and state.

Here are the latest proclamations: 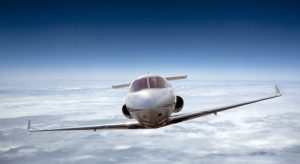 Matt Watkins, mayor of Pasco, WA, noted his city has a special connection to aviation history, “including the first commercial air flight 90 years ago; service to country as a Naval Air Station in World War II and a long-time host to the community’s largest event, the annual tri-City Water Follies and Airshow.” Pasco Airport, he said is the primary airport in the region for the training of new pilots via Bergstrom Aircraft. Read the Pasco proclamation. (PDF)

Wenatchee, WA Mayor Frank Kuntz said according to a Merge Global Report, general aviation in Washington contributes more than $8.1 billion to the state’s economy, and it’s eight seaplane bases support an economic output of about $3 million annually. “General aviation and the Pangborn Memorial Airport have an immense economic impact on Wenatchee,” he said. Read the Wenatchee proclamation. (PDF)