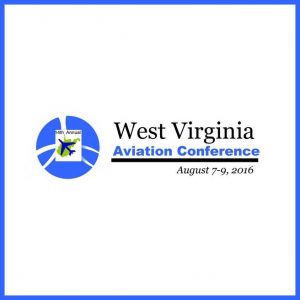 Engaging with local officials about the benefits of business aviation is a hallmark of the No Plane No Gain advocacy campaign, and Dick Doubrava, NBAA’s vice president for government affairs, will share that message with influential decision makers in West Virginia through his participation in the 14th Annual West Virginia Aviation Conference.

“Business aviation is an incredible resource for West Virginia,” Doubrava said. “The state is home to 17 general aviation facilities providing a vital link between small towns and communities, with larger municipalities and international commerce centers.”

According to the latest PricewaterhouseCoopers study, general aviation supports 5,300 jobs in West Virginia, resulting in $256 million in labor income and more than $1 billion to the state’s total annual economic output annually. Nationwide, the industry generates $219 billion in annual economic output and supports 1.1 million jobs. The Pricewaterhouse Coopers study was commissioned by the General Aviation Manufacturers Association, which jointly sponsors the No Plane No Gain program with NBAA, which helped fund the study.

Doubrava, who is making a repeat appearance at the annual conference, noted that the venue provides a valuable opportunity to discuss the value of business aviation generally, and the No Plane No Gain themes specifically, with the state’s airport managers and local officials, as well as federal and state lawmakers.

“Local officials sometimes overlook the importance of their local airports, and the economic activity and job creation that results from business activity at those airports, he added. “In addition to providing critical lift to small towns, businesses located in those communities would lack the ability to grow and succeed without business aviation.”

The 14th Annual West Virginia Aviation Conference will be held Aug. 7 to 9 in Wheeling, WV.