Get Ready for Take Off! 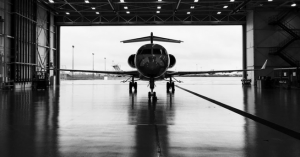 With its C Series certifications accomplished, Bombardier now has “all hands are on deck on [the] Global 7000.” Certification is currently expected in 2018.

Bombardier is preparing for the first flight of its Global 7000 later this year as it pushes to bring the aircraft to market in the latter part of 2018, company president and CEO Alain Bellemare told analysts today during its release of the second quarter results. Bombardier a year ago had set the new 2018 timeline for market entry, but has remained quiet on when first flight may occur.

Noting that the company has now wrapped up certification for its CS100 and CS300 airliners, Bellemare said, “now all hands are on deck on [the] Global 7000.”

Introduced in 2010, the 7000, which will be Bombardier’s flagship business jet, had suffered a series of delays as the company struggled to manage cash flow among several major new development program, including its C Series. Bombardier in summer 2015 pushed back the timing of the 7000 by two years to 2018.

The aircraft also had encountered delays over issues with wing development, but Bellemare told analysts that he was confident that the company and its supplier, Triumph, were working through those issues.

The company, meanwhile, is advancing on systems integration and static testing of the 7000, and all flight test vehicles are various stages of production. The GE Passport engines powering the aircraft received U.S. FAA approval in April.

The company has invested $325 million in program tooling and research and development expenses this year, with the vast majority of that dedicated to the Global 7000/8000 program, it reported.

Bellemare noted that the company is working toward development of both the 7000 and the longer-range 8000, but conceded that the 7000 is the priority. He did not provide an estimate on when the 8000 may reach market, saying, “The only thing we are focused on is [to] make the Global 7000 a huge success.” He added that once the 7000’s development is “far advanced,” then they will look toward the 8000.