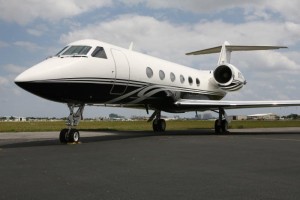 The Business Jet industry is ever-growing and changing based on factors like demand, technology, luxury, and more. Check out the list, below, published by Reportbuyer, showcasing the top manufacturers on the market, and projections for the next five years.

The Global Business Jet market continues to face and brave a challenging, complex and uncertain global macroeconomic environment marked by ongoing political instability, conflict & war operations across some parts of the world, a growing threat from terrorism and extremism globally, significant downturn in the global energy sector impacting oil–driven economies significantly and economic weakness as well as difficult conditions prevailing across key emerging economies with BREXIT being the latest event adding further to the uncertainty with all the factors collectively impacting the global demand for business jets which traditionally has a strong correlation with global economic cycles. The OEMs continue to face significant competitive intensity in a difficult market scenario and are engaged in a virtual–pitched battle over pricing in an over–supply–driven market scenario with additional pressures from pre-owned aircraft inventory. A sustained low oil price environment, however, has been favorable boosting fleet utilization & profitability across operators while driving aftermarket sales & services revenues for the industry OEMs. The global market for business jets registered a slight 1.6% gain in year-on-year deliveries for 2015 with a late comeback in the year. The market, however, has registered a 4.3% decline in new business jet deliveries for H1 2016 while registering a 19% drop in aircraft billings with the number standing at $7.6 billion (for the Top 5 industry OEMs), thus, taking the market all the way back to the H1 2012 level effectively, in terms of shipments. A key trend, however, is the comeback made by the triad of light & medium jet segment focused OEMs, namely, Cessna, Embraer & Dassault, all of whom have gained ground, in terms, of aircraft billings for H1 2016 registering slight to moderate increases over H1 2015 numbers at the expense of Bombardier which has witnessed a whopping 40% drop in aircraft billings along with a sharp decrease in overall aircraft deliveries as well. 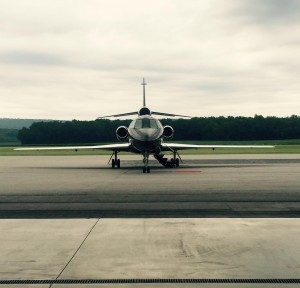 The near–term demand projections for business jets are somewhat less optimistic than earlier years with 2016 likely to be a difficult year for the industry amid a weaker global macroeconomic outlook and complex as well as challenging geo–political environment. Demand projections by Bombardier indicate towards a 10% decline in aircraft deliveries for 2016 pegged in the 540-560 aircraft range with services, especially, systems upgrade, MRO & aircraft customization likely to drive slight to moderate growth over near term. The market demand for business jets is likely to pick up significantly from 2018 onwards with strong, sustained growth projections for global business travel spending over near to medium term. The long–term demand drivers & market fundamentals for business jets, too, remain intact, robust & firmly in place indicating towards sustained, steady demand growth for business jets over medium to long term. Additionally, the business jet market is poised for a major technology led transformation with the era of supersonic business jets likely to become a reality towards early to mid-2020s with a number of industry OEMs, led by Gulfstream & Aerion–Airbus, actively pursuing R&D programs aimed at development of a range of supersonic flight technologies capable of enabling feasible supersonic flights while meeting regulatory requirements simultaneously. The report also maps out as to how are the industry OEMs likely to be placed in the emerging market dynamics & scenario over medium term.

This article originally posted on PRNewswire.com.