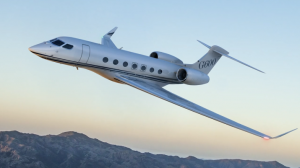 The redesigned Gulfstream G600 has started flight testing programs that should lead to deliveries beginning in 2018! Check out the latest updates from Gulfstream, below.

Gulfstream’s new G600 large-cabin business jet made its first flight on Saturday, beginning a flight test program that is set to lead to type certification and first deliveries in 2018. The U.S. manufacturer has delivered two otherG600 test aircraft into its flight test center and these are expected to make first flights early in 2017 after being fitted with test equipment.

The first G600 is now being used for envelope expansion and flutter testing. Gulfstream expects the G600’s flight test program to follow a similar pattern to that of its smaller G500 sister ship, with which is shares a high degree of technical commonality. Gulfstream has completed more than 57,000 hours of ground laboratory testing for the two new models.

“Launching the G600’s flight-test program is a milestone for us and our customers, who have guided the vision for this aircraft from the beginning,” said Gulfstream president Mark Burns. “We look forward to delivering this aircraft to them in 2018. Today’s flight, which went flawlessly, represents a significant step forward in the journey to certification and delivery. The flight went exactly as anticipated, thanks in large part to the investments that we have made in our ground-based laboratories.”