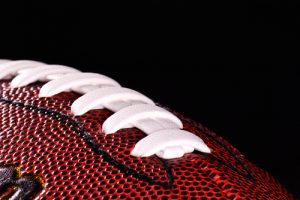 In preparation for one of the biggest sports events of the year, the FAA is preparing for a TFR in the Houston area. Check out more from their latest update, below!

The FAA is establishing a temporary flight restriction (TFR) in the Houston area for Super Bowl LI that will include a ban on general aviation operations at Houston Hobby Airport (HOU), NBAA is alerting members. Active from 4 p.m. until 11:59 p.m. CST on Sunday, February 5, the TFR is centered on NRG Stadium in Houston, with a 30-nm outer ring and a 10-nm inner ring.

In the 30-nm ring, the usual TFR restrictions will be in place, including on overflights. The 10-nm inner ring is a flight-restricted zone that permits only certain operations, such as medevac or government flight. Since HOU is in the 10-nm ring, general aviation flights will be restricted there, but the TSA has established a gateway screening process for departures during the TFR.

Reservations for the screening must be made at least 24 hours in advance of departure time. The TSA will accept reservations for screening starting on Thursday at (713) 454-6942. Screening will include baggage and aircraft inspection and vetting of passengers and crew, with government-issued photo identification required for departure.

Additionally, reservations will be required for arrivals and departures from Thursday through next Monday at 21 airports in the Houston area. Reservations can be made through the local FBOs, NBAA said.