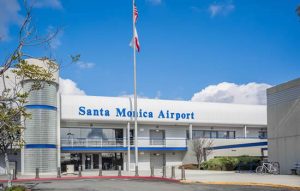 The National Business Aviation Association has joined with five other aviation stakeholders to file a motion before the U.S. Court of Appeals, District of Columbia Circuit, requesting a stay against the Federal Aviation Administration and an injunction against the city of Santa Monica, CA preventing any further actions to reduce the length of the runway, and to curtail aviation operations at Santa Monica Municipal Airport (SMO), while the court reviews an unprecedented settlement agreement between the FAA and the city.

On Jan. 28, the FAA and the city announced the two parties had reached a settlement, requiring the historic airfield to remain open only through Dec. 31, 2028, and allowing the city to reduce the length of SMO’s sole runway from 4,973 feet to 3,500 feet. NBAA and others filed a petition last month asking the appeals court to review the legality of that settlement agreement.

The filing lodged on Monday (6th March) responds to the FAA’s subsequent motion to dismiss that petition, and the agency’s assertion that the settlement agreement is not a final order subject to review. In their motion, aviation stakeholders argue that the FAA failed to follow established procedures when issuing the settlement order, including consideration of its detrimental effects to operators and businesses at the airport, and to the National Airspace System (NAS).

“In reaching its agreement with the city, FAA disregarded well-established statutory and regulatory prerequisites to the release of an airport sponsor from federal obligations,” reads the filing. “Even a cursory review of the actions taken – and not taken – by FAA finds that the agency did not comply with requirements both basic and mandatory, and thus the settlement agreement is invalid – as would be any actions taken in reliance upon it.”

This article was originally posted on Blueskynews.aero.