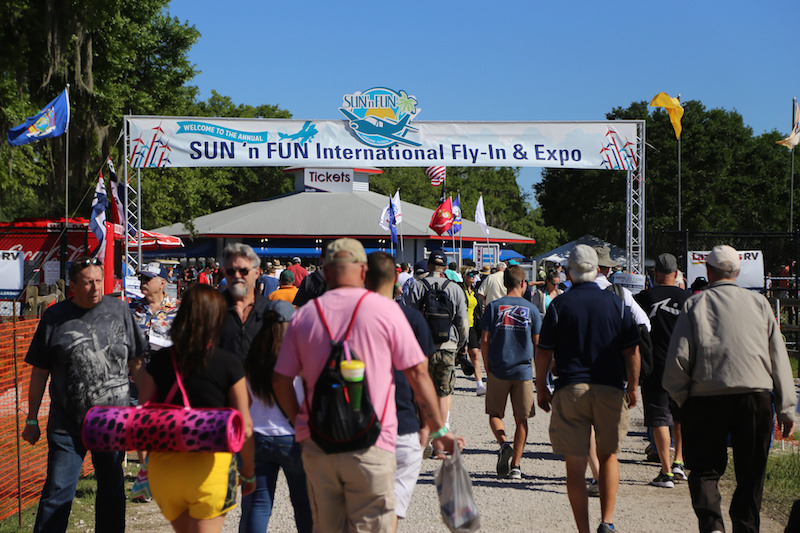 General Aviation News readers will be found in Lakeland, Florida, at the 2017 Annual SUN ‘n FUN International Fly-In and Expo!

Two weeks from this very moment, thousands of General Aviation News readers will be found not at home, but in Lakeland, Florida, at the annual SUN ‘n FUN International Fly-In and Expo. Their pilgrimage will begin shortly. Much is made of the economic impact this massive event brings to the city that says of itself, “Close to everything…Away from it all.” That’s good. Events of this size and scope can have a profound effect on the region where they are held.

Yes, even general aviation events deliver economic benefits to the folks who live and work in the area. Imagine that. Yet, there is a story behind the SUN ‘n FUN story that rarely sees the light of day. It should. It matters. Specifically, it matters to you. Or at least it could if you take what you find here home with you.

If you are among the throngs of aviation enthusiasts who stream through the gates of SUN ‘n FUN this year, I would like to encourage you to take a moment to shift your gaze from the collected eye candy on the ramps and in the skies above, to notice something amazing on the grounds of the airport itself.

For several years now the landscape at Lakeland Linder Regional Airport has been transitioning. This 1,700-acre publicly owned facility, which was home to cobweb, and vacant buildings and wide open unused spaces not so many years ago, is now a beehive of activity. Economic activity, that just happens to have an aviation theme.

Residents of Lakeland and the surrounding area are benefiting from the investments being made on the field every single day. Construction laborers, plumbers, electricians, heavy equipment operators, restaurant employees, fuel providers, convenience store workers, and yes, even pilots and aircraft mechanics are bringing in new customers and an increasing number of dollars because this place is booming. As you look around the field next month, you’ll notice big ticket items like a new hotel going up, right next to the existing hotel, which has been a raging success.

You’ll see the NOAA hangar and offices sprouting up from the ground, where more than 100 well paying jobs will be based, along with multiple hurricane hunter aircraft. What you may not notice is the vacancy rate of the existing buildings. It’s zero. Only eight years ago KLAL felt the shame of a public acknowledgement that 300,000 square feet of rentable space was vacant. The airport’s finances were an embarrassment.

This article was originally posted on Aviationnorthcarolina.com.