Dillant-Hopkins Airport is a Business Aviation Lifeline In New Hampshire 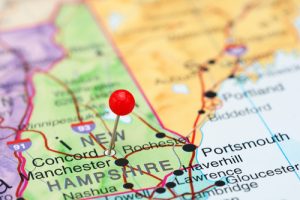 The Dillant-Hopkins Airport in New Hampshire is a business aviation lifeline for the community.

Dillant-Hopkins Airport (EEN) in Keene, NH is a lifeline for the surrounding community, despite what some residents may think, longtime resident John McGauley wrote in a recent column in The Keene (NH) Sentinel newspaper.

“Without an airport of that size and sophistication there would be few, if any, companies even looking at us,” wrote McGauley, a nearly 30-year resident of Keene, regular columnist for the newspaper and former president of Gehrung Associates, a local public relations firm. “Come on, we’re a small burb two hours from Boston and far off on our own, Dillant-Hopkins Airport [is] our only corridor to the outside world.”

Though near-by neighbors of the airport “are upset that trees had to be cut down next to their neighborhood so pilots would have an easier time taking off and landing,” the airfield was there before the neighborhood, he noted.

“It’s not about using the airport to entice commercial airlines to fly here,” he noted. “They’re not going to do that, we don’t have the million people they need to make it worth their time. And it’s not about the owners of small prop planes that use the airport.