Governors of Massachusetts, New Jersey and New York, in May Recognize Value of General Aviation 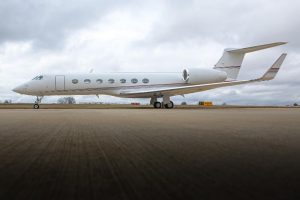 The governors of Massachusetts, New Jersey and New York, this month, recognized the value of general aviation, and the economic driver the industry is throughout the country. To date, leaders in all 50 states have issued proclamations about the importance of general aviation, including business aviation.

According to the commonwealth’s Airport Economic Impact Study update, general aviation airports contribute more than $516 million to Massachusetts, according to a proclamation from Gov. Charles Baker.

“General aviation includes diverse aspects of New Jersey commerce, including aircraft manufacturing, educational institutions and community airports,” Gov. Chris Christie wrote in his proclamation. “General aviation provides a substantial economic benefit to New Jersey, from the operation of the public-use airport system and from the tourism and commerce it supports.”

Christie noted that general aviation also plays a vital role in the operation of businesses in the state, as well as its farms and emergency-response system. New Jersey is home to more than 12,000 pilots.

Gov. Andrew Cuomo recognized all aspects of aviation in his proclamation, but singled out business aviation for its contributions to the state’s companies and communities.

“Business aviation is a critical tool for companies in New York to improve efficiency, save money and open opportunities for rural areas not served by commercial aviation, thereby bringing new business, investment and jobs to all areas of the state,” he wrote. “Many communities in New York State depend heavily on their commercial and general aviation airports for the continued flow of commerce, tourists and visitors to our state.”