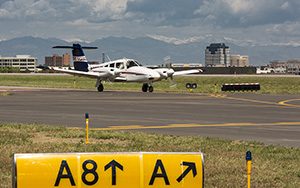 Check out these testimonials from 7 different states on why they consider general aviation important for the success of businesses in their home state.

The governors of seven states – Colorado, Delaware, Idaho, Nebraska, South Dakota, Washington and Wyoming – issued proclamations this month about the value general aviation, including business aviation, brings to their states. To date, leaders in all 50 states have recognized the value of the industry.

“General aviation and community airports play an important role in the lives of Coloradans, as well as in the operations of our farms and businesses,” Gov. John W. Hickenlooper wrote in his proclamation.

“The continued vitality of general aviation in Wyoming is important to Wyoming and the people who live here,” Gov. Matthew Mead wrote in his proclamation.

According to a PricewaterhouseCoopers study, general aviation in Idaho contributes more than $1.1 billion to the state’s total economic output, and general aviation supports 7,900 jobs in Idaho, resulting in $342 million in labor income, according to Gov. C.L. “Butch” Otter.

This article was originally posted on NoPlaneNoGain.com