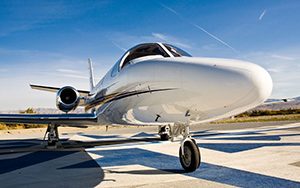 Check out these proclamations from around the country highlighting four mayors who recognize and  value general aviation that helps their communities prosper! To date, hundreds of local officials – from big cities and small towns from coast to coast – have issued similar proclamations.

“General aviation plays a critical role in the lives of our citizens, as well as in the operation of our business and agriculture,” noted Mayor Lauren Poe. “Florida’s general aviation and community airports accommodate more than 9 million visitors and business travelers annually.”

Tennessee serves more than 12,000 pilots and is home to more than 4,000 general aviation aircraft.

“The city of Jacksonville, in the state of Illinois, has a significant interest in the continued vitality of general aviation, aircraft manufacturing, aviation educational institutions, aviation organizations and community airports,” said Mayor Andy Ezard. “General aviation and the Jacksonville Municipal Airport have an immense economic impact on Illinois.”