Congress Return Leaves FAA Reauthorization Up In The Air 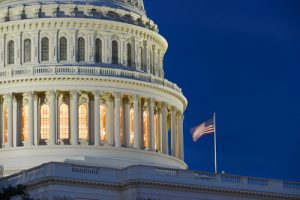 Earlier this week, the U.S. House and Senate returned after an August recess, leaving the FAA and Aviation industry curious about the outcome of reauthorization.

The U.S. House and Senate return Tuesday after the August recess with no apparent consensus on FAA reauthorization and just 12 legislative working days left before the current FAA authorization is set to expire. House leaders had hoped to bring up the FAA reauthorization bill to a vote by late July, but controversy surrounding the independent air traffic control measure pushed a vote at least until this month.

Both sides of the ATC issue spent the August recess lobbying to cement support for their stances. The House Transportation and Infrastructure Committee now “fully expect[s]” to bring the bill to the floor next week, a spokesman said. This signals the possibility that proponents of ATC reform have been able to sway a number of votes in recent weeks. But even with a House vote, a chief proponent—House General Aviation Caucus co-chair Sam Graves (R-Missouri)—told Washington insider publication Politico that a short-term extension of the FAA’s authorization is almost a certainty.

The ATC measure must further win Senate support, which has been a more difficult prospect. The Senate bill does not include the controversial ATC measure, but the Senate version of FAA reauthorizaiton had also been hung up.