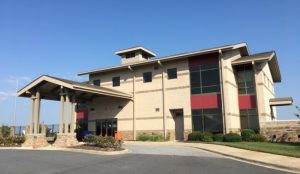 The N.C. Board of Transportation has approved state and federal funds for much-needed improvements to nine of North Carolina’s publicly-owned airports! Check out the article, below, for more information!

The $3.7 million in funding, approved by the board during its June meeting, will be used to provide improvements such as better runway lighting, new fuel tanks and safer taxiways. North Carolina airports serve as a vital economic engine connecting people and business enterprises with the world. They are among the primary economic drivers in their local communities.

For example, $1.59 million will be used to prepare land for new t-hangars and taxilanes at Shelby-Cleveland County Regional Airport. The hangars and taxilanes will enable the facility to accommodate more aircraft, enhance customer service and generate additional tax revenue for the airport, said Jack Poole, the airport’s supervisor.

“We have a waiting list of over 20 pilots that want to base their aircraft here,” Poole said. “Once we have these hangars built, these based aircraft will be an income source and help our airport become almost totally self-sufficient.”

The projects the N.C. Board of Transportation approved include:

This article was originally posted on ncdot.gov