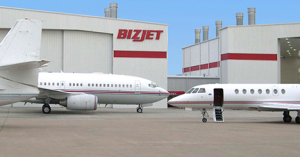 By the end of June, heavy jet values had jumped to $16.3 million, a gain that benefited from a steady climb over the past couple of months. While values have fluctuated in this category this year, the $16.3 million is still up 7.8 percent since the beginning of the year and more than $3 million up from the 12-month low point in October, when values skirted $13 million, the AVT report showed.

Light jets also have showed gains this year, up 4.8 percent since the beginning of the year, to a normalized valuation of $2.5 million. This category has climbed steadily since last August, when values were $2.2 million, and are up notably since June 2017, when they dipped below $2 million.

Medium and super-midsize aircraft values are on par with where they were a year ago. Medium jets have remained at roughly the $3 million level over the past 12 months, while super-mids came in a $6.7 million, near where they were a year ago but a dip from the $7.5 million value in April. Turboprops, meanwhile, are up 1 percent year-over-year, marking a rebound since a drop last fall. Year-to-date, values are up 7.8 percent.

This article was originally posted on ainonline.com