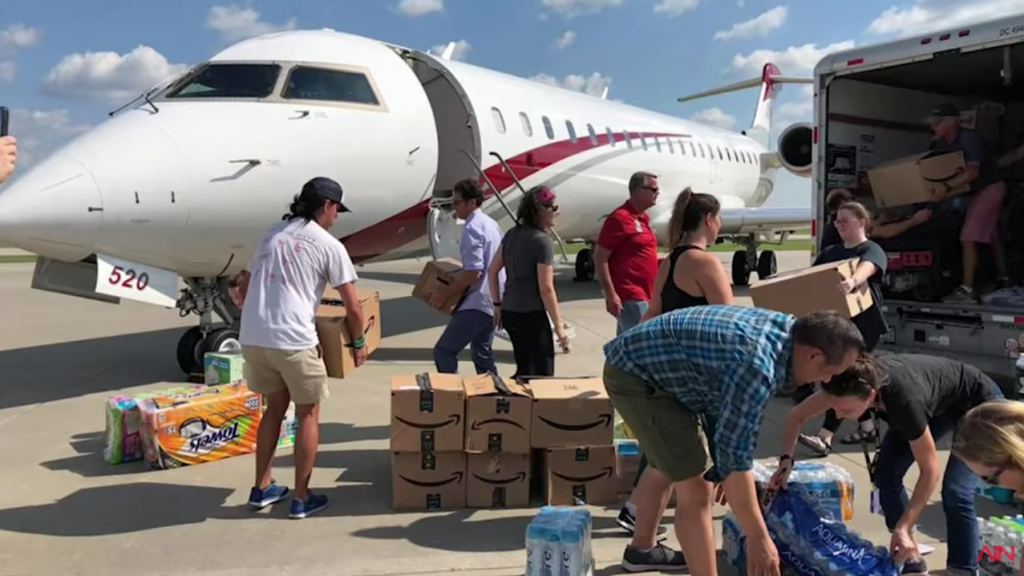 One reason I enjoy going to the National Business Aviation Association’s annual Business Aviation Convention & Exhibition (NBAA-BACE), which was held last week in Orlando, is its diversity. Attendees range from maintenance technicians to managers of corporate flight departments, pilots and even UHNW consumers there to see the latest from manufacturers of new business jets, sellers of avionics, companies that modify interiors, providers of in-flight connectivity, fuelers, private jet terminals and I suppose anything and everything one might need to operate a private aircraft. It also makes for an interesting press room where a fair section of journalists are also pilots and where there are often as many discussions about engine technology and government regulations as new aircraft orders, which brings me to my report.

One of the week’s highlights is a Wednesday cocktail reception to raise money for the Corporate Angel Network (CAN) whose sole mission is to transport cancer patients to the hospital at which they need to be in order to receive a specialized form of treatment. At no cost to the patient, the group pairs empty seats on private jets with those who need the rides. Its corporate supporters include Abbott, America Express, Caterpillar, Flexjet, Hertz, Nestle, Purina, Honeywell, Intel, Lilly, Meredith, NetJets, The Home Depot, P&G, Valero, Verizon, Target and more than 500 others.

While Business Aviation is responsible for over one million jobs and over $200 billion annually in economic activity in the U.S. alone, it’s CAN and the industry’s role as first responders after natural disasters, that often doesn’t get the spotlight it deserves hence why I have it near the top of my story. In the weekend immediately after Hurricane Michael, Operation Airdrop activated 31 airplanes that made 44 flights delivering over 20,000 pounds of supplies to four different airports, according to Aviation International News (video below). It was essentially a replay of how the industry responded last year to Harvey, Irma and Maria or the 2010 Haiti earthquake when the industry ran 4,500 relief flights in the first 30 days after the earthquake and transported over one million pounds of supplies.

That said, Business Aviation remains an industry in flux, weighed down by a slow and sometimes seemingly hard to notice recovery that’s now stretched nearly a decade since the Great Recession. That was highlighted at the JetNet iQ State of the Market Briefing showing that at the industry’s current rate of about 800 new private jets delivered per year is still a far cry from the 1,317 new jets that were delivered in 2008 or the 1,137 in 2007.

Reasons for the snail-like bounce back are multifold and range from the still depressed pricing of used aircraft meaning that you get less value from selling your current jet to worries about how well new jets will hold their value after having been stung by plummeting residual values in 2008. At the same time, impending regulations that will require older aircraft to go through upgrades could ground at least 1,000 jets, perhaps boosting used market pricing and helping jump-start new aircraft sales, at least in theory.