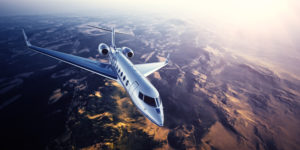 Electric aircrafts have been a part of people’s imagination for a very long time. Recently, it has become a reality with the introduction of the electric revolution. Read the article below to find out more on the new advancements that will change the aviation industry.

Electric aviation and battery technologies are advancing quickly, and while a major electric revolution in the aviation industry is still far off, airlines are keen to analyze how the arrival of some electric aircraft over the next decade will reshape the industry.

With debate over how to tackle the climate emergency intensifying, and airlines’ contribution to climate change increasingly under scrutiny, carriers and aerospace manufacturers know that electric aviation could be one of the tools the industry needs to meet its long-term goal of cutting carbon dioxide emissions by 50% by 2050 from 2005 levels.

As the startups focus on getting the technology itself off the drawing board and into the skies, governments are considering how they can encourage electric aviation, and airlines are pondering how—and when—it will change the existing business models.

Norway’s government has set an ambitious target to make all its domestic flights electric by 2040, and airlines and technology experts there and elsewhere are teaming up to make sure the all-electric ambition can become a reality.

The startup plans to begin test flights on a route flown by Hawaiian regional airline Mokulele Airlines by year-end.

In June, Ampaire revealed it had signed a deal with Personal Airline Exchange (PAX), a U.S. startup developing an app-based per-seat, on-demand charter service for 50 of the aircraft, plus options for 50 more.

Ampaire has a letter of intent in place with Norwegian regional operator Wideroe—just one of many it has signed with airlines around the world—and is also collaborating with Norway’s Avinor as the airport operator commits to incorporate renewable charging infrastructure into airports before 2040, says Susan Ying, Ampaire senior vice president for global partnerships.

In Scotland, where the geography of the islands and short distances are an ideal testing ground for electric aviation, Loganair is working with Cranfield Aerospace Solutions on an island-hopping electric aircraft for the Orkney Islands, with a long-term aim of transforming the airline’s fleet of Britten-Norman Islanders to electric propulsion and a demonstrator set to fly by 2021.

Ying also sees the Scottish islands—with their short travel distances and enlightened energy policies encouraging innovation—as a region with a high potential for electric aviation to make its mark. “These will be ideal places for us to start,” she says.

“Over there, they’re still operating with a hub-and-spoke model, but what about flights between the islands or between secondary cities on the mainland and the islands? This opens up a lot of opportunities and will really enable the smaller operators,” Ying says.

Ampaire is planning to work with the Orkney Islands Council, which has a sustainable energy strategy in place and is in charge of airport infrastructure. It is also working on a proposal to the Scottish government for a flight-test program similar to the one it is running with Mokulele Airlines.

In May, Scandinavian Airlines and Airbus signed a memorandum of understanding for research into hybrid and electric aircraft ecosystem and infrastructure requirements. The partners are set to work together on a research project to better understand the operational and infrastructure challenges involved in introducing hybrid- and full-electric aircraft to airlines’ modus operandi on a large scale. The five work packages in the project, which was set to begin last month and run until the end of 2020, focus on analyzing the impact of ground infrastructure and charging on range, resources, time and availability at airports.

UK-based budget carrier EasyJet is also investing in electric, with a partnership in place with U.S.-based startup Wright Electric, whose long-term aim is a 150-seat electric aircraft. Work is currently underway on a nine-seat technology demonstrator, and the company plans to fly a 50-seat intermediate aircraft around 2022-23 as a steppingstone toward its goal.

EasyJet’s director of operations transformation, Gary Smith, believes electric aviation will soon move out of the realms of fantasy. “In the last couple of years, opinions have been changing quite quickly to seeing electric aviation as a reality and something that is technically feasible,” he says.

“With Wright, there’s a road map to get to an aircraft that’s at the smaller end of what we operate today. It’s about playing with range and payload, trying to find the sweet spot between the two, which we think would be 150-160 passengers initially, with a range probably able to cover London-Paris or London-Amsterdam. That would still be a significant part of our operations,” Smith says. 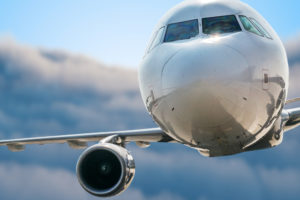 The partners aim to reach that goal around 2030, and while the timing may be difficult to predict precisely, Smith believes the logic of replacing part of an airline’s fleet with electric aircraft will be clear by then.

While an electric aircraft will have completely different economics—lower fuel costs but perhaps more expensive manufacturing of propulsion units—Smith expects the costs to work out as competitive.

The arrival of electric aircraft en masse, whenever that may be, could also change the shape of the air transport industry, Smith says. “I think we have to be open to the fact that the market could change, and we may have to adapt to that. We may be back to flying shorter routes, with smaller aircraft,” he says. “We are willing to disrupt our own markets.”

She cites FAA figures and a 2017 airport report on European aviation that show 2,250 airports in the European Union and 5,314 in the U.S. are open to the public, but just 438 in the EU and 434 in the U.S. operate regular scheduled flights—leaving the potential for as many as four and 11 times more services, respectively, if the economics make sense, which electric aviation could help with. “If you can open up secondary city pairs, you can open up new routes. It opens up the possibility of a dense net kind of operation,” Ying says.

A shift toward shorter routes to and among secondary destinations may have a structural impact on the industry further ahead, with a wave of new entrants followed by a later consolidation phase in which established carriers dip their toes into electric aviation by acquiring those new operators focusing on just one or a few small routes.