LSC and MSU Mankato Team Up for Aviation Students 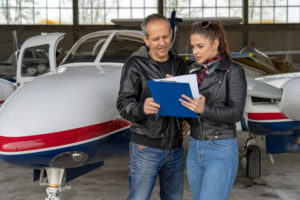 A recent agreement between Lake Superior College and Minnesota State University, Mankato now allows students to have a smooth transition between the two schools to get a degree in the MSU aviation program. Read the article below to find out more about this exciting new program!

Lake Superior College aviation students who want to pursue a degree in Minnesota’s only accredited four-year aviation program can now do so with a “smooth transition.”

LSC and MSU, Mankato announced an agreement to make that transfer easier for students coming from LSC with the “applied science in professional pilot” two-year degree.

The transfer agreement removes a few barriers and guarantees the transfer of every LSC credit, said Daniel Fanning, LSC’s director of institutional advancement and public relations. The formal agreement also increases the potential for students to save on costs and be done in four years or less.

“What we’re trying to do is hold Mankato and Duluth up as places to get your pilot license. If you know you want to get that four-year degree, your best bet is to come up to Duluth to get that two-year pilot degree at LSC (and) then go on to Mankato,” Fanning said. “Then, honestly, the skies the limit because you’re marketable, you’ve got the in-demand credentials the commercial airlines are looking for and you can go anywhere in the world you want to go.”

Fanning cited a report from Boeing that projected an increase in 769,000 aviation jobs between 2019 and 2038, due in part to many pilots nearing retirement age.

While the two-year degree from LSC gives students the pilot license they need, commercial airlines are also requiring a four-year degree in anything, though Fanning said Mankato’s bachelor of science in aviation will only make students more marketable.

In working together, the two schools are responding to industry demands, LSC President Patricia Rogers said at a news conference Friday.

“We have a tremendous amount of pressure on us to work together, to graduate more folks in the pilot school, and we’re doing that,” Rogers said. “Together with Mankato we can rise to that and meet those needs.”

Mankato’s pilot program has about 300 professional flight students, a faculty to student ratio of 16-1 and partnerships with several large airlines, including Delta, Fleischman said.

“Students who meet the benchmark set forth by Delta receive a $25,000 signing bonus, guaranteed employment and an opportunity to be in the captain’s seat by their fifth year with the airline,” Fleischman said.

Pilot students at LSC who want to attend Mankato’s aviation program still have to apply, though the process is expedited.

The formal agreement lays out a plan that shows students exactly what the bachelor’s degree path will look like.