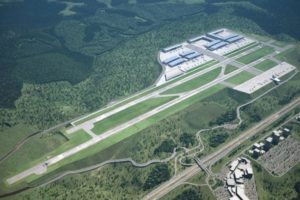 Business aviation is on the rise and with this comes change. Brazil, which has some of the highest air traffic in the world has approved its first business aviation airport. The project that started in 2008 is expected to attract a large portion of those within the business aviation industry as it will operate 24 hours and is next to a large highway. Read the article to find out more about the airport.

Although it is one of the countries with the highest air traffic in the world, Brazil has poor airport infrastructure, either in small or in its largest cities. One reason is that until recently airport investments were exclusively state-owned.

At the beginning of the decade, however, the airport concession movement grew when it became clear that the government would not be able to provide the large investments needed to meet rising demand.

Nevertheless, most airports in Brazil are still publicly managed, especially by Infraero, the federal-state company that until recently was responsible for almost all major Brazilian airports.

For this reason, the approval obtained by the “São Paulo Catarina Executive Airport”, the first business aviation airport this week is a milestone in the country.

ANAC, the Brazilian civil aviation agency, has granted permission for commercial exploration and opening for public air traffic valid for 10 years and which may be renewable.

Created by JHSF, a company that builds and runs shopping malls, business complexes, hotels and restaurants, the airport will open on December 16 after more than six years of construction.

The project was launched in 2008 with an eye on the growth of the Brazilian economy and as an option for business aviation, without space in the main airports of São Paulo, the largest city in the country and economic center of South America. With two congested airports (Guarulhos and Congonhas) and a third aerodrome located in a region with limited flights, owners and customers of business aircraft were required to use distant runways and without adequate infrastructure.

JHSF has chosen 2 million square meters of rugged terrain located 60 km west of the city to build a nearly 2,500-meter runway capable of handling large business jets such as the Lineage 1000E and Dassault Falcon 8X even on international flights.

The project, however, was resisted by neighbors who managed to stop the work for some time. The economic crisis in Brazil has also delayed the completion of the first phase of the airport that will open with a simpler infrastructure than the original plan.

It is expected that the new airport will be able to attract a large portion of business aviation as it will operate 24 hours and is next to a major highway whose trip to Sao Paulo will last around 35 minutes. The terminal also has a helipad for customers who prefer to travel by helicopter to the location.