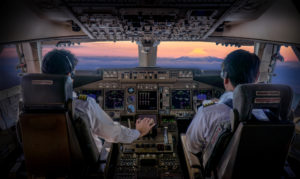 “Jim would’ve been proud to have this scholarship help a student pursue their dream,” said Karen Connell, Jim’s wife of 34 years. “His greatest passion was teaching and educating others. To have his legacy carry on this way is the fulfillment of his life’s work.”

When Pan American had a major lay off, Jim returned to Iowa to work at Collins Radio and also as a mechanic at the McBride Airport in Marion, Iowa. He was soon able to secure a job at the Oelwein Municipal Airport working as a flight instructor and line person, ferrying aircraft for his employer’s sales office as well as working on his IA (Inspection Authorization) certification.

For more than 44 years, Jim taught thousands of students to fly through his flight instruction programs. He also managed and offered general maintenance until his retirement in 2012.

Application materials should be submitted to scholarship@connellaviationgroup.com, including: