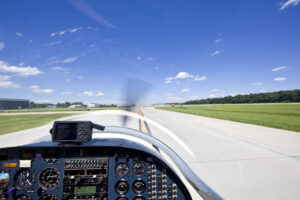 Rock Hill, South Carolina is becoming an important hub for business since the Carolina Panthers decided to move their headquarters and practice facilities to the area, just 30 minutes outside of Charlotte, NC. Due to this increase in activity, Rock Hill city leaders recently signed a 35-year agreement for more hangers. Read the article below for more on this how this agreement will help enhance business aviation in the area.

Construction is expected to take about 18 months following the lease signing, with the hangars reverting to city ownership upon fulfillment of the lease. Gould added the city-managed airport is already looking at further expansion plans down the road to serve area operators and companies based at nearby Aspen Business Park.

According to AirNav.com, UZA averaged 77 operations day through September 2019. The most recent economic impact study by the South Carolina Aeronautics Commission found the airport contributed $40.5 million in annual economic activity.

Airport officials and local city and county leaders are looking to business aviation to further grow the airport and bolster the local economy, with a 1,000-foot expansion to UZA’s existing 5,500-foot runway 2/20 also under consideration to serve larger business jets.

“One of the things we’re trying to do is attract aircraft, keep them housed here with these type hangars,” said Rock Hill City Councilman Jim Reno. The Carolina Panthers football team, which announced in April its plans to relocate its headquarters and practice facility to the Rock Hill area, is another key driver for the airport’s growth.