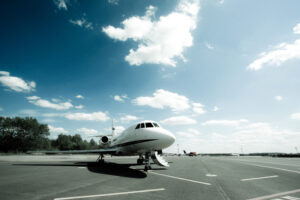 The proposal requiring air carriers, fractional operators, air tour operators, and corporate operators to submit information to a new electronic Pilot Records Database, has received lots of backlash from hundreds. Read the article below on more about the FAA’s PRD Proposal.

The FAA’s Pilot Records Database (PRD) notice of proposed rulemaking (NPRM) drew hundreds of comments expressing concerns over the expanded electronic requirements and the extended applicability. Released at the end of March, the proposal would require air carriers, fractional operators, air tour operators, and corporate operators to submit information to a new electronic Pilot Records Database and would require commercial operators to review information in that database before hiring pilots.

In its comments, NBAA said the NPRM has raised so many questions and concerns that the FAA should go back to the drawing board and issue a supplemental NPRM. Joining that call was National Air Transportation Association (NATA), which told the agency in its comments that issuing a supplemental NPRM “would provide an ideal framework to address the many gaps identified by commenters and present a more complete rulemaking package.”

Like NBAA, NATA also expressed disappointment that the FAA rejected its request to extend the comment period to answer detailed questions the agency had asked within the NPRM. “The agency has grappled with the complexities involved in creating this new system for nearly a decade but offered only three months for comment,” the association noted.

NATA expressed concern that the proposal doesn’t adequately address a number of questions, such as the need to follow up on records from businesses that have closed or the handling of omissions, errors, and lost records.

“If a carrier’s representative makes an error in a pilot record entry that is not discovered, perhaps for several years (and the paper records upon which that entry was based are gone), how should a disputed record be managed?” the association asked as an example.

Further, the FAA is calling for carriers to formalize a dispute process but offers no guidance on how such a process could be structured, NATA said, asking, “How would a pilot dispute a PRD record if the air carrier no longer exists?”

NATA also pushed for extended time for carriers to comply with new electronic requirements. “The NPRM, citing reviews conducted by field inspectors, states that only 12 percent of carriers are using electronic pilot records,” NATA noted. “Given that the significant majority of official record-keeping systems do not offer the ability to create an XML program to sweep up the necessary data fields for transmission, the FAA is strongly urged to provide carriers with additional time to convert their records for entry into the PRD.”

The General Aviation Manufacturers Association, meanwhile, questioned the agency’s planned extension of the applicability to corporate operators. GAMA noted the FAA explanation deeming corporate operators as “gateway operators” for pilots seeking to build hours and work with carriers, but said, “The FAA erroneously assumes that Part 91 corporate aviation merely serves as a ‘pipeline’ or ‘gateway’ to employment with Part 121 and Part 135 air carriers. The reality is that many pilots choose to spend a career in business (corporate) aviation with no intention of ever pursuing a position with an air carrier.”

GAMA further argued that the proposal offers no statistics or evidence that corporate flight departments are a career path to air carriers, and said, “to burden Part 91 operators with the same record-keeping requirements as air carriers is unreasonable.”

The Aircraft Owners and Pilots Association agreed, saying the FAA went beyond the congressional mandate for an electronic PRD and its proposal failed to accept recommendations of the government/industry Aviation Rulemaking Committee on the issue. “This proposed rule casts a much wider non-mandated net of applicability than [the Pilot Records Improvement Act] and will unnecessarily create additional requirements that will negatively impact thousands of small and sole-practitioner Part 91 operators,” AOPA said. “These individuals and small entities will have to comply with a reporting system that is not only costly and complex, but also creates a disincentive to purchase more aircraft or hire additional pilots. The burden of compliance outweighs any potential benefit.”

The PRD ARC contemplated the inclusion of Part 91 but ultimately rejected the idea, the association said.

AOPA also agreed with arguments about the lack of clarity in the NPRM, particularly around resolving disputes on information. “Without clear rules, guidance, and protections, inconsistent application of these regulations will create a hodgepodge of ‘documented processes’ between multiple operators,” the association said. “In addition, subjecting individuals to inconsistent investigations will raise fairness and due process concerns.”

AOPA also was concerned that the NPRM lacked any requirement for the removal of erroneous or false information.