How Business Aviation Is Making The Skies Greener 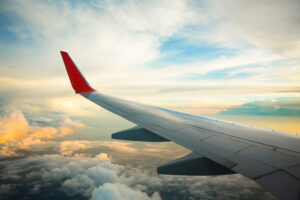 Business aviation has always had an increased focus on keeping the skies greener, including adopting the use of sustainable aviation fuels. Read the article below for more changes the business aviation industry is making to help the environment!

Today, Bolen says, business aviation is taking the lead on the adoption of sustainable aviation fuels (SAF). Although criticized by climate campaigners as not contributing sufficient reductions to bring aviation close to net-zero emissions, proponents argue SAF’s benefits to the environment will help reduce emissions during the decades it is likely to take before viable alternative propulsion systems are developed to permit zero-emissions flying.

Nevertheless, SAF remains a tough sell. It is more expensive than conventional fossil fuels, and prices only will drop when demand drives production volumes higher. Airplane manufacturers, fuel providers, airports, operators and passengers all have to make reasonably tough decisions—often resulting in medium-term increases in expenditures—if the benefits of SAF are to be realized.

While aircraft and engine manufacturers continue efforts toward achieving zero-carbon-propulsion systems, the industry sees SAF as providing the best means of reducing emissions across the current fleet. SAF has to comply with ASTM International’s D7566 standard; the D1655 standard, which defines Jet A/A1 fuel, allows for synthetic fuels compliant with D7566 to be recertified as compliant with D1655, either “neat” or in blends with standard Jet A. As a result, SAF can be used in all aircraft and engines where Jet A/A1 is consumed.

It is possible pure SAF eventually will be approved for use but for now, specialist providers of renewable fuel are in partnerships with established fuel suppliers and feed their product into the wider aviation fuel supply chain. For example, Finnish company Neste is the largest supplier of SAF and is partnered with AirBP and Shell Aviation; Avfuel sources its SAF from Gevo Inc., and World Fuel Services works with Boston-headquartered alternative-fuels provider World Energy.

Corteva was introduced to SAF when exploring ways to offset emissions for executives on flights to the World Food Prize in Des Moines, Iowa, last year. A week later, Hanlon noted, numerous business aircraft flew to and from the annual NBAA convention in Las Vegas on SAF. The company was about to buy a new Gulfstream G550, and discussions with the manufacturer and fuel provider Avfuel led to SAF being made available for the aircraft’s delivery flight and at the company’s FBO, Atlantic Aviation, in New Castle, Delaware (KILG). Corteva received its first “demonstration delivery” last month—7,300 gal. of SAF from Avfuel (a G550 has a fuel capacity of 6,190 gal.). The SAF delivery will bring Corteva a 2-metric-ton reduction in net CO2 emissions.

Hanlon’s advice to others who wish to follow this path is simple. “If you’re new to sustainability and you want to put together a program, I recommend reaching out to your OEM, to your fuel provider and to your sustainability group within your company,” he said. “These are very valuable resources that can help you put your plan together.”