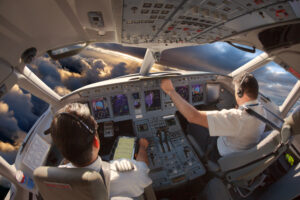 Being one of the first pilots to ferry a TBM turboprop single across the Atlantic Ocean is impressive. Even more impressive is embarking on 900 flights of general aviation. Read more about Margrit Waltz and her history below.

Margrit Waltz, considered one of the world’s most experienced ferry pilots, is embarking on her 900th ferry flight of general aviation airplanes today to deliver a Daher TBM 940 from France to Muncie Aviation in Indiana. The trip is expected to span about three days, beginning at Tarbes-Lourdes-Pyrenees in France and including stops in Wick, Scotland; Keflavik, Iceland; Narsarsuaq, Greenland; Goose Bay, Canada, and Bangor, Maine.

Waltz was one of the first pilots to ferry a TBM turboprop single across the Atlantic Ocean for Socata—which was subsequently acquired by Daher in 2008—and since 1991 has delivered more than 200 TBMS to the North American market, Daher said. She has flown every model of the TBM family.

Her ferry activity, however, spans more than four decades and involves several distributors and manufacturers. Born in Germany in 1957, she obtained her pilot’s license when she was 18 and became an instructor. Waltz began ferrying aircraft in 1976, initially with Commander 112. In 1979, she began to ferry aircraft for a German Mooney dealer.