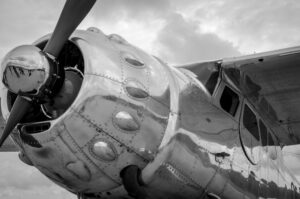 The Carolinas Aviation Museum announced that they received a generous donation from Honeywell, a Charlotte-based manufacturing tech company. This generous donation will go towards the reopening of the museum. The plans for the Carolinas Aviation Museum are much more than a museum, as they also plan to educate with hands-on exhibits and even offer classes to teach young visitors about aviation! Continue reading below to learn more!

Charlotte-based manufacturing tech giant Honeywell made a $1.5 million gift to the Carolinas Aviation Museum towards its reopening effort, the museum announced Tuesday.

Honeywell’s donation is for the museum’s capital campaign, which aims to raise $22 million. With Honeywell’s gift, the campaign has received $10 million from major donors so far, including $5 million from Charlotte Douglas International Airport and $3.5 million from unnamed donors. The museum, which housed the “Miracle on Hudson” plane, temporarily closed in July 2019, the Observer previously reported. Its original campus — a 40,000-square-foot hangar at the airport — is now occupied by Honeywell for its corporate aviation needs. With the capital campaign, a new museum campus will occupy approximately 10 acres on airport property. The new location used to be the airport’s historic WPA/Douglas Airport Hangar, which was erected in 1936-1937, and would be restored as part of the museum.

In addition, the campus will include a 45,000-square-foot main gallery with classrooms and maker space, an area where young visitors can try out interactive, hands-on activities to learn about aviation. There will be another building serving as a welcome center with gift shops and administrative offices. On the other side of the fence from the museum, there sits a gallery where visitors can see planes landing and taking off from an active runway, according to museum President Stephen Saucier.

Museum for the next generation

The relaunch of the museum seeks to break the traditional vision of a museum, Saucier said in an interview. In the main gallery, visitors are still able to see aircraft exhibits, including military, commercial and civil aircraft. Visitors will also again be able to see the “Miracle on the Hudson” plane after it is removed from storage. In 2009, Captain Chesley “Sully” Sullenberger made an emergency landing on the Hudson River in New York City for the plane bound for Charlotte. Over 40 aircraft will make up the themed exhibition known as “Innovation Nation” in the gallery. Saucier said the museum is keen on presenting a history of aviation innovation to visitors and showing how innovation keeps moving the industry forward. Saucier said the museum will work to bring students to classes and activities in the museum, as well as connecting students to careers in STEM-based industries.

Honeywell CEO Darius Adamczyk, in a news release about the donation, said the company is “proud to partner with the Carolinas Aviation Museum on its campaign to bring a world-class, STEM-focused community asset to the west side of Charlotte and the grounds of Charlotte Douglas International Airport.” Saucier said that the museum will serve as a resource that connects students to career opportunities in STEM. Education has always been part of the nonprofit museum’s mission, he said.

Since its closing, the museum has connected with community members and students through its “museum without walls” program that offers virtual exhibitions. It has also partnered with community organizations, such as the Queen City Robotics Alliance and Charlotte-Mecklenburg Schools, to provide students with virtual summer camps and online after-school activities during class, Saucier said. With Honeywell’s help, the museum has engaged over 9,000 students in the classroom and virtual education programming, according to the news release.

The construction for the new museum is expected to begin in early 2022, with a planned opening in 2023. Funding for the relaunch will come from the capital campaign. The museum is in the process of contacting companies and foundations to support the project. In the future, it will widen its donor population and welcome public input on the museum’s reopening.