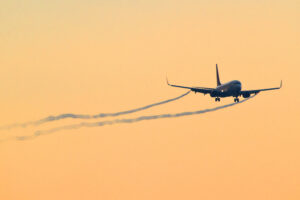 The aviation industry has united to adopt a net-zero carbon goal that is planned to be achieved by the year 2050. While this may be challenging, it is an important action that will benefit the climate. Continue reading below to learn more!

The global air transport industry has adopted a long-term climate goal of net zero carbon emissions by 2050 with signatories to a joint declaration representing the world’s airlines, airports, air traffic management, and the makers of aircraft and engines.

In the declaration released Oct. 5, representatives of the world’s major aviation industry associations, including ACI World, as well as the largest aircraft and engine manufacturers, committed that “global civil aviation operations will achieve net zero carbon emissions by 2050, supported by accelerated efficiency measures, energy transition and innovation across the aviation sector and in partnership with governments around the world.”

“We are thrilled to see the aviation sector united in reaching this goal,” ACI World Director General Luis Felipe de Oliveira said. “ACI member airports, who committed in June 2021 to reaching net zero by 2050 for their own emissions, will be key players in facilitating this transition so the aviation system can continue to deliver economic and social benefits to the world. We look forward to collaborating with governments and the wider aviation community to help deliver these goals.”

Net zero will be reached through a combination of climate action initiatives. This includes supporting new aircraft technologies, such as hydrogen and electric, as well as improvements in operational efficiency and infrastructure. The acceleration of the production and uptake of sustainable aviation fuel (SAF) is expected to play a major role in reducing the climate impact of aviation. Furthermore, any outstanding emissions would be captured using carbon removal measures.

“The road ahead will be challenging but aviation is no stranger to challenges. This historic declaration shows the determination of the sector to work together to take this important climate action. It is now imperative that governments support these efforts to make this vital sector sustainable,” de Oliveira said. “This makes it all the more urgent that member states of the International Civil Aviation Organization (ICAO) support the adoption of a long-term climate goal at the 41st ICAO Assembly in 2022.”