What Air Cargo Needs from Airports

With the demand for airfreight increasing, cargo operators are looking to expand and airports want to attract them, but both need to work together to capitalize on the opportunity. Continue reading below to learn more about how the digital era is driving up the need for airfreight. 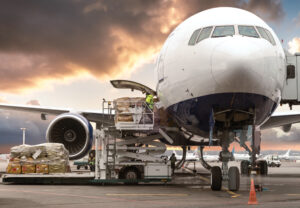 Airfreight and the cargo industry are booming. Driven by increasingly digital and online-based consumer culture, fueled even further by the consequences of the COVID-19 pandemic, there looks to be no slowdown in sight for air cargo demand.

The growth in demand is having cargo operators start to look for and expand into new airports, with airports, too, asking what they can do to bring in the new business. However, it’s not as simple as flying to the local airport with a hull full of porch-bound packages. There’s a myriad of factors freight forwarders consider for doing business.

Brandon Fried, executive director of the Airforwarders Association, said that many cargo carriers operate on a hub and spoke system – which he describes as “a finely timed ballet.”

“Many cargo carriers are dependent upon hub and spoke systems so that they have to be able to meet their obligation at that hub for the sorting process each evening. To do that – that’s a finely timed ballet – that requires precision timing. So, getting out of the origin airport that’s being considered is a big deal,” Fried says.

Ease of use will always be the most critical factor for an operator looking at prospective airports – how quickly and efficiently can their operation be performed? Under that umbrella fall considerations such as market conditions in an area, demand, geography, and weather, among others.

Decisions are nuanced, with no one-size-fits-all model available. Operators may choose an airport located outside of a major metropolitan area if it proves beneficial in other aspects. For example, despite being over 65 miles away from the city, the Chicago Rockford International Airport has a substantial UPS presence due to the ease of getting in and out compared to a larger, busier airport such as Chicago’s O’Hare International Airport, Fried explains.

“And of course, again, ease of use and working in that city. Most freight forwarders have operations at the major gateway airports because that’s where the business is,” Fried adds.

After a destination has been selected, there are still considerations to be considered, from what kind of plane will be flying into the airport, what cargo it will carry, and if the equipment to unload it is available.

On the other hand, passenger planes that have been dedicated to freight – a trend that took off throughout the COVID-19 pandemic – require entirely different schemes to load and unload. With boxes strapped into passenger seats, it’s a labor-intensive operation, with numerous workers inside the aircraft unloading or loading the cargo – handing boxes to each other, often in a bucket brigade manner.

“Do you have a roller system in place to put it inside the cabin to move the boxes along quicker? How are you going to get the boxes down to the tarmac? Do you have a chute system? Are you throwing from one worker down to another, or are you using a scissor lift platform? These are all nitty-gritty details that you have to have figured out beforehand,” Fried says.

Cargo operators will therefore need to make arrangements with a ground service provider to secure the necessary equipment and manpower to meet their needs when coming into a new airport.

Fuel is another factor. Adequate fueling facilities and fueling equipment are a must to make sure planes are turned around as quickly as possible. As Fried states, a plane that isn’t flying isn’t making money.

“I have to get back to my hub in a timely fashion to meet my commitment there. There can be no delay in any way. So, I’m going to look at the processes and procedures that you have in place to make sure that you can turn my airplane quickly,” Fried continues.

For airports looking to attract cargo carriers, Fried said they first need to have the infrastructure.

“You need to have easy access, road access, maybe they’ll look at major highways, they’ll look at the road access within your facility,” he says. “Can you warehouse my freight when it arrives until I come to pick it up? Can you store my shipment in a warehouse before it departs? That’s another consideration.

Fried says having a warehouse on-site may not be as important for smaller freight forwarders, but then they’ll be looking at a trucking service to bring freight to and from an airport, which will require ease of access to roads.

“Not all freight forwarders need to have warehouses. What they do need to have, however, is a trucker that works for them that has an available warehouse facility,” Fried explains.

For larger operators, a warehouse will be crucial, so they tend to focus on gateway airports.

“Why we focus on the gateway is that to economize, the more cargo you give an airline, generally speaking, the lower cost per pound it is for your shipment. So that gives you the ability to use wide-body flights and the use of containerization that might not be available from all airports. So, you’ll feed everything through a gateway for efficiency,” Fried adds.

However, Fried notes that warehouse space faces a “severe” shortage across the country due to the increase in online order demands.

“There’s just not enough warehouse space to store the goods. So, if you’re a freight forwarder looking for an office and warehouse, that’s probably going to be challenging for the time being. So, the process is going to take a lot longer. Most of the existing freight forwarders that have been around for a long time already have a presence in these markets, and they’re already set up, but for a new freight forwarder, that may not be the case,” Fried says.

The warehouse shortage returns then to the issue of trucking, which again leads to ease of access; how quickly and efficiently can cargo be moved into and out of the airport?

“Let’s use JFK as an example. The road system in and around JFK is antiquated. There hasn’t been a lot of investment in the cargo infrastructure at that airport, so if you have established a warehouse presence around JFK, you’re going to have to consider ease of use to the airport facility itself. How long will your trucks be stuck in traffic? How long will they be queuing at terminals to drop or pick up cargo? Those are big concerns,” Fried says.

Fried adds that freight forwarders have been fighting the airport congestion issue for “quite some time.”

“The cargo infrastructure at the major gateway airports has not been touched in 40-50 years. And so obviously that is going to have an impact on road structure and access for years to come, and must be looked at,” he continues.

Therefore, airports looking to bring in a cargo carrier should allocate funding to modernize infrastructure to increase the ease of use for cargo. But if that’s not a possibility, upgrades to technology can also help. Fried suggests thinking outside of the box.

“Perhaps we need to be employing more automation in terms of appointment setting for the trucks, so that they don’t show up when the freight is not ready for pick-up and that there’s some type of an automated, virtual cargo community, which there is now starting at several airports,” Fried says.

Communicate for the Future

Once a cargo operation is established at an airport, Fried says communication between all parties is the difference between a long-lasting relationship and a short one.

“Communication is essential, and so is frequent engagement. We’ve been having town hall meetings during normal times, and since COVID, we’ve done a few virtually. Still, before the pandemic, we were traveling throughout the country to places like Seattle, Los Angeles, Boston, New York, and Chicago. And we were holding town hall meetings to discuss challenges and suggestions with airport managers, and they were at the table at each city,” Fried says.

In addition, each year, the Airforwarders Association holds their AirCargo Conference, with the Airports Council International-North America and the Air & Expedited Motor Carriers as partners.

“We bring the cargo managers of the airports in because they realize that having freight flowing in and out of their airport is essential to that city’s local commerce. … The reality is that companies want to locate in cities with frequent air service. So, they can get products out into the market as quickly as possible and receive products from overseas. And, when we engage with the airport managers, they tell us, ‘We want you to use our airport as much as possible because we realize that it supports a vibrant commercial environment,'” says Fried.

Conversations generally revolve around airport road access, facility development, and how to limit congestion and limit the impact of areas neither party may have control over.

“These include the labor market, the ground handlers, those in the warehouse that are preparing the freight for departure and, of course, arrival. They’re having struggles themselves with getting workers, and that’s backing up the trucks as a result. So, it’s a tremendous concern, and the airport managers realize it, so they’ve been working with us,” Fried says.

And if the struggles can be overcome, Fried says the future looks bright for cargo operators and airports.

“From a long-term perspective, if I were advising the airport, I would say in your long-term planning, make sure that you accommodate excessive or spiked demands for air cargo along the lines of what we’re currently seeing. I think that we’re going to see these volumes well into 2022, if not into 2023 because there are still close to a hundred ships parked off the coast of the port of Los Angeles,” he says.

“And as long as we’re seeing that, airfreight is going to continue to be operating at a very high level because there are too many shippers right now that are overflying that maritime bottleneck and using air cargo as their salvation to get products to market,” Fried continues. “We’ve seen ocean carriers now getting into airfreight. For example, last week, a European ocean carrier just committed to three air freighters, and they’re traditionally a maritime operator. Still, they see the opportunities in air freight, so they’re making a bet that it’s here to stay for a while.”