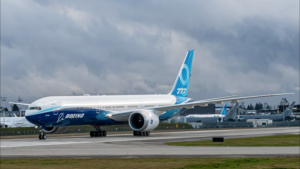 In an attempt to decrease carbon emissions being emitted from planes, the FAA is presenting a new regulation that will mandate the kind of fuel being used. As of right now, there are only certain planes that are being built to apply to this. Continue reading to learn more about proposals and what that could mean for the future of aviation.

The US Federal Aviation Administration (FAA) has proposed a new rule that will require improved fuel efficiency for turboprop and jet aircraft built after January 1, 2028. The overall goal of the rule is clear – to address climate change.

For the US Transportation Secretary, Pete Buttigieg, the rule… “…is an important step forward in reducing the amount of greenhouse gas emissions released by our nation’s airplanes and ultimately reaching President Biden’s ambitious goal of net-zero emissions by 2050.”

A review of the rule’s summary shows that the rule is meant to implement in the United States international standards. Furthermore, according to the FAA’s statement, “Civil aircraft … were responsible for 10 percent of domestic transportation emissions and three percent of total U.S. greenhouse gas emissions prior to the pandemic.”

Civil aircraft may only be three percent of total US emissions, but the statement also makes clear the rule is to ensure that American-built aircraft and engines can continue to fly globally with new United Nations’ International Civil Aviation Organization (ICAO) aircraft emission regulations.

The rule also complements, again according to the aforementioned FAA statement, over $100 million of research grants to help aircraft and engine manufacturers innovate more efficient aircraft with less pollution from both emissions and noise pollution.

Aircraft Covered Under the New Rule

Aircraft covered under the new rule include the 777-9 pictured above, the Airbus A330neo, and any new builds of the de Haviland of Canada Dash-8-400 + ATR 72-600 designs. These new builds will have to be more fuel-efficient as their Fuel Efficiency Metric (FEM) is being modified.

New large aircraft that have new type certificates applied for after November 1st. 2021 are very much going to be covered by this rule. Small aircraft built after January 1st, 2023 will be covered also.