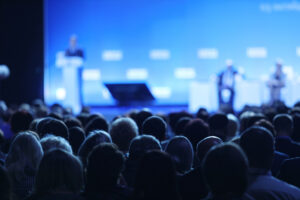 NBAA President and CEO Ed Bolen will join Nolen and Ky to discuss the priorities in business aviation, including safety, security, sustainability, innovation and workforce development.

“We are pleased to welcome Billy and Patrick to our convention this year, and to have them as part of our keynote for what will be a compelling discussion about some of the most pressing issues facing business aviation, as well as the many exciting trends that are reshaping our industry,” said NBAA President and CEO Ed Bolen.

Nolen was named acting FAA administrator in March of this year. He joined the agency in January 2022 as associate administrator for aviation safety.

Nolen is a former commercial airline captain and has held several industry safety roles, including as senior vice president for safety, security and operations at Airlines for America and executive manager for group safety and health at Qantas Airways.

Prior to coming to the FAA, Nolan served as vice president for safety, security and quality for Canada’s WestJet Airlines. He also led the Aviation Safety Action Program at American Airlines.

Nolen also is a U.S. Army veteran fixed-wing aircraft and helicopter pilot. He holds a Bachelor of Science in professional aeronautics from Embry-Riddle Aeronautical University, as well as specialized aviation safety management certificates from the University of Southern California, U.S. Army Safety Center and the U.S. Navy Postgraduate School.

Ky has served as EASA executive director since Sept. 1, 2013. His mission has been to establish and maintain a robust and safe European aviation system for the travelling public. Ky has 30 years of experience in Civil Aviation.

Before joining EASA, he was in charge of SESAR, the single European sky digitalisation programme. He also held various positions in the French Civil Aviation Authority, EUROCONTROL and the European Commission.

A graduate of Ecole Polytechnique and the Civil Aviation Engineering School in France, he holds postgraduate degrees in economics from the University of Toulouse and the Massachusetts Institute of Technology.