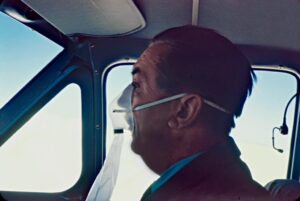 Walt Disney, primarily known for his animated films, was also highly interested in aviation and flight. Check out this gallery depicting the story of Walt Disney’s joyous times aboard Mickey Mouse One.

The timeless wonder success of Walt Disney goes hand-in-hand with the aircraft that helped build the global brand that countless fans know and love today.

Walt Disney shared a great admiration for flight, a ‘magical’ phenomenon in and of itself. Starting with a Queen Air 65 before moving on to a Grumman Gulfstream I, Disney represents one of the first true business aviation users, and his influence is immeasurable because of it.

Mark Malone, the son of Walt Disney’s personal pilot, Charles A. Malon, Jr., is an accomplished business jet pilot in his own right. Malone shares his father’s legacy with photos that tell the story of great times flying with Walt Disney aboard his airplane, better known as Mickey Mouse One.