News for the Private-Jet Set 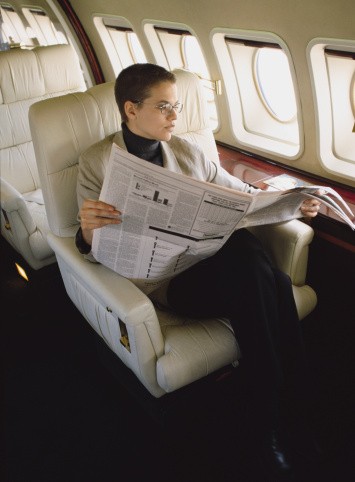 What are you thinking about in the aviation world this week? Looking at the news this week, my thoughts have gone from the bizjet market to pack-n-go bikes to amazingly fast cars. And of course, sequestration. Raise your hand if you’re over it!

There is a lot of talk about how the FAA will handle the potential automatic budget cuts set to take effect March 1.  Furloughs, delays, and cuts, oh my!

Bombardier’s Order Book Is Full
Everybody likes some good news every once in a while, and the bizjet market could certainly use a little sunshine. Bombardier is really rocking right now, with a 43% increase in jet orders in 2012 over 2011. There is an underbelly though: Bombardier reported lower earnings in the 4th quarter of 2012, causing stocks to slide. And the Learjet 85 has been delayed about six months, but the huge number of orders for Challengers should help turn things around.

Jet Setter’s Dream Bike
If you like traveling but can’t live without your bicycle, then this new handmade two-wheeler from Holland Cycles is just for you. It packs up compactly to fit into a standard S&S travel case. Called the Holland Jet, the bike relies on the RitcheyBreak-Away travel bike design.

Beechcraft Looks to Unload Hawker Jet Business
Hawker Jet Business is for sale! Now the question is who will buy it? A deal with China’s Superior Aviation Beijing Co. broke down last fall, but the assets have been broken up. Beechcraft is only selling off the jet part of the corporation. Apparently five companies have expressed interest. Who will be the new owner?

New Superfast Supercar
Feel the need for speed? The McLaren P1 will scratch that itch. Go 60 mph in less than 3 seconds. But you’re going to have to hurry — McLaren is only making 375 of them. You’ll need to snatch yours up right away.
That’s quite a shopping list: fold-up bike, McLaren P1, Learjet 85, and Hawker Jet Business!