The aviation industry-led Airman Testing Standards and Training Working Group (ATSTWG), which AOPA co-chairs, published the documents and has solicited comments on the publications, said the FAA in a July 24 notice in the Federal Register.

As revised, the private pilot certificate and instrument rating airman certification standards now incorporate many of the comments received by July 8. The working group received more than 300 comments and questions on the standards, which AOPA believes will improve training while centralizing all skill and knowledge requirements in one easily identifiable document for each certificate or rating. The standard will be the focal point for both the knowledge test and the practical exam.

After reviewing the comments received and incorporating changes, the working group requested that the FAA make the revised private pilot certificate and instrument rating standards available for additional review. The working group is scheduled to complete its work in September.

The draft airman certification standards for authorized instructors, now available for its first public inspection, is intended to define the acceptable performance standards for instructional knowledge and skill, including the Fundamentals of Instructing (FOI) concepts listed in 14 CFR Part 61. 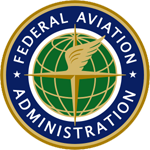 Oord added that the working group is also acting to bring its other tasks to completion. One project is to develop a proposal to for streamlining and consolidating FAA handbooks with each integrated airman certification standards document. Another is to propose methods to ensure that knowledge-test questions are consistent with airman certification standards contents, and apply the principles for test-question development set forth in recommendations made to the FAA by the aviation rulemaking committee (ARC) on which AOPA also served.