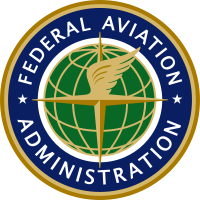 The US Aviation industry is finally emerging from one of the worst economic recessions in history, and is now facing challenges in remaining globally competitive against emerging markets according to several industry stakeholders who testified Thursday, Dec. 12 during a hearing before the U.S. House aviation subcommittee.

Lawmakers held the “State of American Aviation” hearing to allow industry stakeholders to voice their opinions on issues that are important to address during the upcoming FAA reauthorization process. The current FAA reauthorization bill expires in 2015, requiring lawmakers to draft a new bill next year.

“Simply put, American aviation cannot afford the American government to keep doing business the way it did in 2013,” said Rick Larsen (D-Wash.), ranking member of the aviation subcommittee. “We simply can’t write a reauthorization bill for 2015 without taking a look at what’s happening elsewhere in the world.”

The hearing also allowed General Aviation Manufacturers Association (GAMA) CEO Pete Bunce the chance to voice the concerns of the 80 member companies that his organization represents.

Bunce outlined several steps the FAA should take to improve the state of the general aviation industry in the U.S., including partnering with the industry to streamline the certification process for aircraft manufacturers and pursuing collaborative efforts such as the General Aviation Joint Steering Committee (GAJSC), a partnership between the FAA and the GA operator community, to improve safety in the industry.