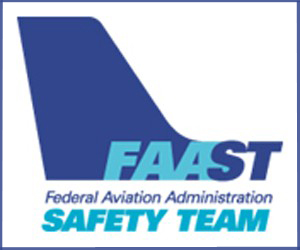 A historic aircraft built in Oklahoma City nearly seven decades ago left town for perhaps the last time Thursday, February 13, winging its way to a new home at the Texas Air & Space Museum in Amarillo, Texas.

The DC-3 with the tail number N34 was built for the U.S. Navy by the Douglas Aircraft Co. in Oklahoma City in 1945, near the end of World War II. The workhorse aircraft has been in continuous use since, most recently at the FAA’s Mike Monroney Aeronautical Center in Oklahoma City as an educational tool to promote aviation and the agency’s heritage.

In 1997, N34 was placed on the National Register of Historic Places.

The Navy used N34 as a transport airplane around the globe, and the aircraft set down in a wide variety of locales, including London, Rome, Paris, Stockholm, Dublin and Baghdad.

A small crowd of FFA employees and trainees watched the plane’s departure from the tarmac at Will Rogers World Airport, including a student class of aviation inspectors, FAA spokesman Roland Herwig said.

The N34 retains the same equipment, furnishings and arrangement that were installed in 1957 and is being restored so that it can participate in the First Flight Centennial at Kitty Hawk, N.C.

The first DC-3 flew on Dec. 17, 1935, exactly 32 years after the Wright brothers made the first powered airplane flight. More than 10,000 DC-3s were manufactured, but only 410 are still registered in the United States, making this airplane a rare survivor of a once-common aircraft type.