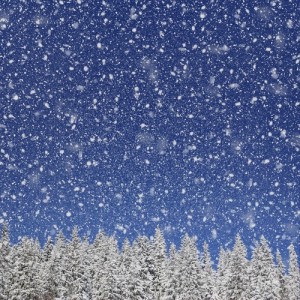 Today’s jets can handle most weather, but pilots of smaller aircraft sometimes need to sidestep trouble when it comes to winter aviation.

Modern jets take most fog, rain and wind in stride. Even violent thunderstorms are usually easy to sidestep with today’s radar and other storm-detection gear. And come winter, what used to be dangerous icy clouds are generally no match for the latest ice-protection systems.

In fact, today’s jets are usually immune to icing concerns, since they have sophisticated systems that use hot air bled from their engines to keep engine inlets, wings and control surfaces warm. The exception is when the airplane has sat on the ground for an extended period, either parked or with the engines idling at low power. Then the aircraft may require a hosing down with hot deicing fluid to remove ice buildup before takeoff.

In the early days of aviation, many airplanes were lost to ice before its dangers became known. Since the ice that accumulated in flight would usually melt after a crash, investigators were baffled as to the cause of the pilot’s loss of control. After a few pilots survived harrowing encounters with heavy ice, they realized that the only defense against the hazard was staying out of clouds altogether, or learning by experience what an icy cloud might look like.

In the film The Spirit of St. Louis, Charles Lindbergh (played by Jimmy Stewart, himself an experienced pilot) is horrified to see ice building up on the wings and struts of the little monoplane far out over the Atlantic. With the added weight of the ice, and the way it changes the carefully engineered shape of the wings and other control surfaces, Lindbergh knew that the airplane could not sustain flight for long under those conditions. The film does a marvelous job of depicting how he found warmer air at the last moment, narrowly avoiding the need to ditch—probably to his death. The footage of thick ice breaking off in chunks is enough to cause any pilot to breathe a sigh of relief.