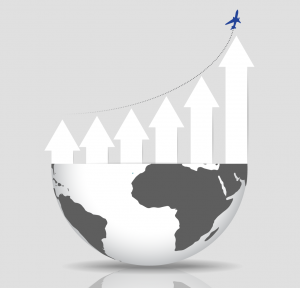 While still at sluggish levels, business aviation traffic has marked its third consecutive month of year-over-year growth in Europe and is now up five out of the last six months.

Citing Eurocontrol figures, the European Business Aviation Association notes that traffic has improved “but only just.” In the U.S., meanwhile, traffic continues to strengthen, according to Argus. The researcher reports that traffic was up 1.9% in May.

The growth has come from intra-European operations. The “internal” operations were up 0.3% in May, 1.1% in April and 1.6% in March. This has offset declines in arrivals and departures overall (which include operations to and from outside Europe) over the past three months. Eurocontrol’s handling of overflights, meanwhile, has dropped more notably in the past three months, down 0.6% in May following a 5% and 6.3% decline in April and March, respectively.

U.S. traffic was up across all business jet categories with small jets leading the increase at 4.7%., followed by large-cabin activity at 4.3%. Mid-cabins were also up 1.9%. Turboprop flights, however, were down 1.6%.

While charter flights have been a driver in U.S. traffic gains in the past year, and were up again in May, Part 91 operations led the improvements in May, up 2.3%. Charters increased 1.9%. Fractional operations were up just 0.2%, but that is still reflecting the demise of the Piaggio pusher-prop operator Avantair.

Predictably, though, fractional turboprop operations were down 45.1% in May.