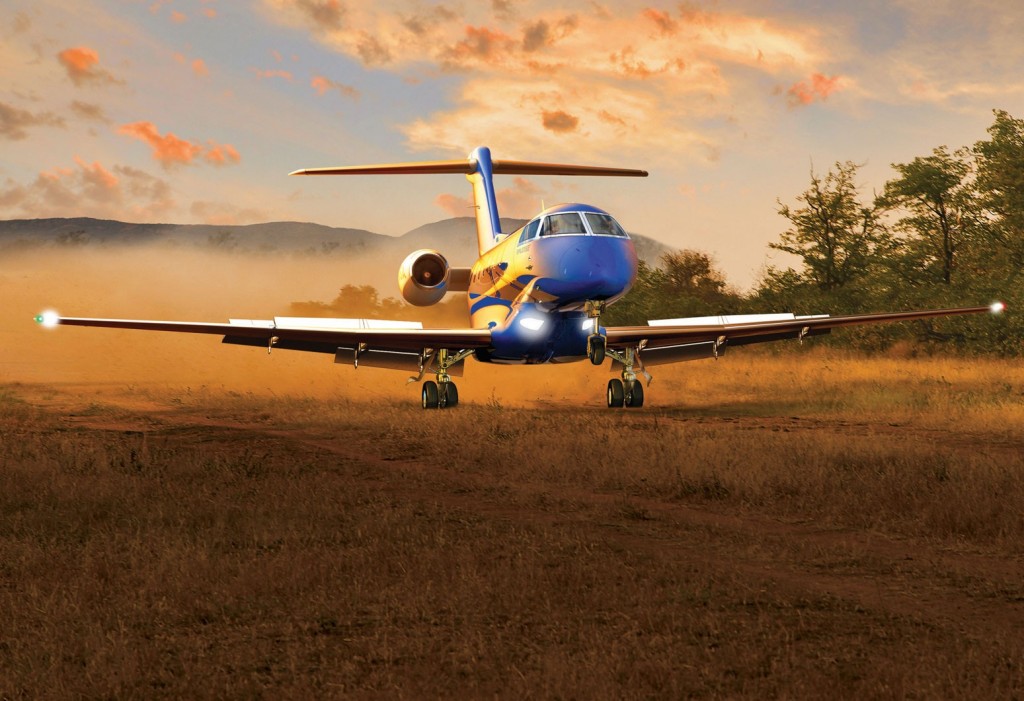 Deliveries are set to begin in 2017 on a model a reviewer considers peerless.

As kids we all had them: Swiss Army knives. They were the one tool you never left home without—bottle opener, knife, scissors, file, screwdriver, saw, all in one small package that slipped easily into your pocket. Genius. So much so that the concept subsequently was applied to other things with varying degrees of success, from the Veg-O-Matic to the 1960s F-4 Phantom fighter jet, and later to civilian aircraft. Like the Swiss Army knife, the concept of a utility/business jet is not new. FedEx began flying Dassault Falcon 20 twinjets with large cargo doors in 1973 and 30-series Learjets could be purchased with an optional 36-inch-wide front door that continues to make them popular as air ambulances. However, the Falcon and the Learjets need lots of pavement. A decade ago, now-defunct German airframer Grob launched the SPn “utility jet,” which was designed to handle short grass fields. That airplane never made it past the prototype stage. Meanwhile, a new generation of single-engine turboprops had established itself—all with large rear cargo doors. They included the Cessna Caravan, the French Socata TBM and, from Switzerland in 1994, the Pilatus PC-12.